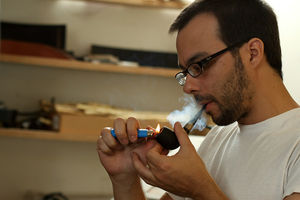 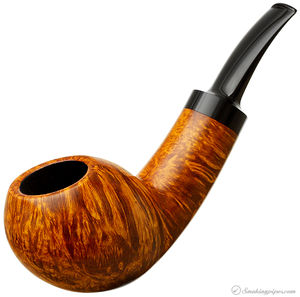 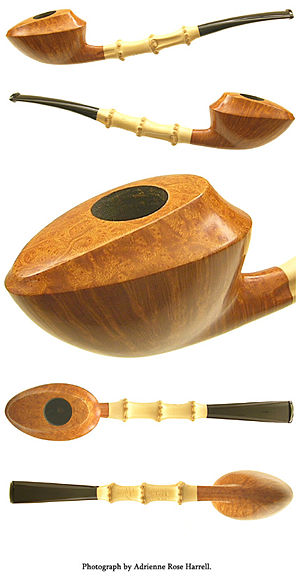 Adam Davidson found his way into pipe making with something of a butterfly effect. As a child, Adam's mother would watch classic black and white films (which often featured pipes) and he was drawn to them in the many antique stores he was dragged to (and now enjoys). There was just something lovely about pipes that never faded. In a chance encounter with a delivery truck, Adam was able to get his package of pipe tobaccos and nasal snuff while on the way to meet with his academic advisor, John Crosby. While scheduling classes, he and John talked about pipes (which got John back into smoking pipes) and later making them.

A year later, after graduating with an Industrial Design degree from Purdue University, he and John attended the Chicago pipe show. John mentioned that Todd Johnson was looking for someone to help him with the Medici line of pipes in South Carolina, so Adam sent a portfolio to Todd and interviewed with Sykes at smokingpipes. Packing all that he owned in a pickup truck purchased for $1, Adam moved from his little town of Monticello, Indiana (5,000 people) to Myrtle Beach, South Carolina to refurbish pipes for smokingpipes and learn about making pipes from Todd. Soon after, Adam began working on his own line of completely hand-made pipes.

Adam now makes about 75 pipes a year in smooth and sandblasted finishes from selected blocks. The stems are all hand-cut from German ebonite rod with turned and polished tenons, though he does occasionally use vintage Bakelite. His shape inspirations come from early English styles, retro Danish, plus modern combinations with innovative designs and textures (such as sandblasted bamboo). Bamboo is one of his favorite materials to work with, and accents can include silver, boxwood, bacote, black palm, horn, and ivory. Courtesy, Smokingpipes.com

Adam's pipes are extremely artistic and imaginative, and from the beginning, many collectors took note of his artistry. However, Adam's pipes are not just extraordinarily beautiful, they smoke wonderfully too. He is extremely concerned that every pipe be engineered properly. His smooth pipes are exquisite, and his blasting is quite European in style, and in the amount of wood removed. He sources his briar from Mimmo Romeo, exclusively uses the finest German Vulcanite for his hand-cut stems, and his buttons are renowned for their comfort. Davidson tries to exhibit his pipes at the Chicago and Richmond shows each year, along with occasional visits to other pipe shows.