Ed Burak is the dean of American pipe designers whose work has had a worldwide influence on the thinking and the work of contemporary pipe makers. Born in the Bronx, New York in 1943, his first love was painting. His promise as an artist led to a scholarship to the School of Visual Arts. 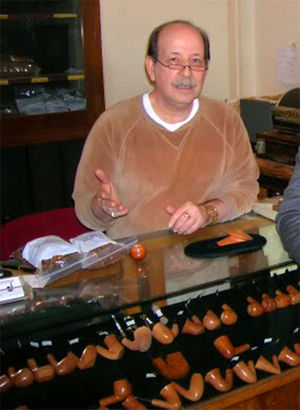 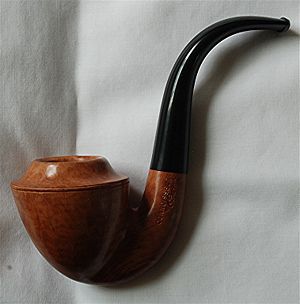 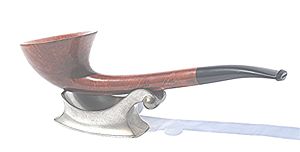 In 1966, needing to have a meerschaum pipe repaired, he met and subsequently began working with meerschaum master Paul Fisher, with whom he stayed with for 5 years. During that time he produced a small number of meerschaum pipes, a few of which are still extant in collections. He also worked for Wally Frank as a pipe designer. In 1968 he bought the Connoisseur Pipe Shop, where he was able to concentrate on his own designs. Burak's pipes have been carved by a number of well-regarded pipe makers, among them Joe Corteggione and Tony Passante. Several of his freehands are in the Museum of Modern Art in New York and have been part of a traveling exhibit of the American Craft Museum.

Burak's work is best known as "pipe design as fine art." He admires and pays tribute to the classic English designs of the old Barlings and Comoy's and offers a line of "Classics" which begin with these traditional values yet reflect his own interpretations. He is best known for his freehands with some higher end "art pieces" as well as one-of-a-kinds, selling for thousands of dollars.

"Edward Burak is a pipe designer. And an artist. A purist, an art instructor, a historian — all held together with a childlike joy in everything around him. The Connoisseur Pipe Shop is ... filled with pipes like you have never seen elsewhere. Except, perhaps, in museums ... Burak's work has been seen in France, Germany, Poland, Switzerland, Spain, Greece ... 14 of his designs in the Museum of Modern Art .... 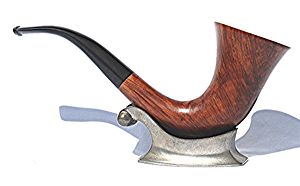 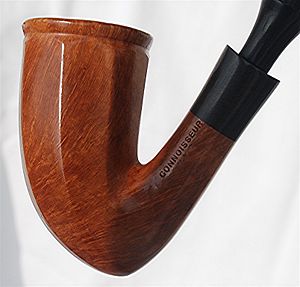 "Because these pipes are different, so carefully crafted, they not only please the eye, but educate it. Most pipe makers will start with an idea and work the wood toward that goal, but will change their original design to accommodate the briar. Burak does not allow the medium to modify the intent. Minor surface flaws are left on the pipes. No staining is permitted; all Connoisseurs have a natural finish, with only carnauba was added. That is not to say that the briar is unimportant to Burak. "I don't even bother with anything but the finest materials ..."

Although Burak is highly concerned with design, he is also acutely aware of the characteristics of his briar. "The difference between art and not art," say Burak, "is ethics. In every great work of art you see ethics ... the quality is there because it should be there." Chuck Stanion, “Fine Art,” Pipes and tobaccos magazine, Vol.3, No.1, Spring 1998.

"As I had been told, Ed Burak's pipes are different. The man is different and the shop is different. The Connoisseur Pipe Shop is a god damned art gallery of Ed's pipes. Ed has a reputation for bluntness. Some people mistake that for meanness. He was not mean to me; he was only kind, even sweet in his way, and pedagogical with a passion. The passion was for good pipes and good art. The 11:00-2:00 session was a marvelous educational experience for me, and I'll never look at pipes the same way again. 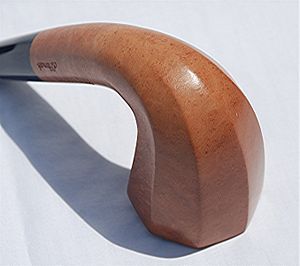 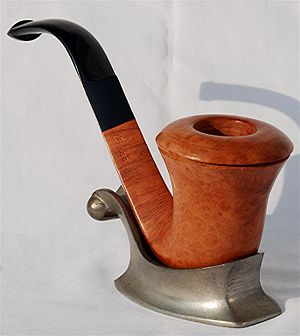 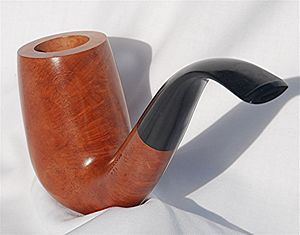 "Ed Burak is primarily a designer, although he can make pipes. His executed designs achieve a number of goals, and I'll try to remember and relate what some of those goals are. One element for Ed is his profound respect for the worth of the classic shapes of the early English and French tradition. He insists that these designs became classics for good reasons and deserve that homage be paid to them. If you look at Ed's designs, you can see how he realizes his inspiration from the classic shapes and takes off them. Fine jazz music comes to mind, like Art Tatum on the piano, or Stephane Grappelli on the violin. They don't just make noise to titillate themselves. They take classics and constantly depart and return to them, always respecting and reminding you of their original and intrinsic worth. That's what Ed's pipes remind me of ... he wants to find out through exploration — controlled, planned exploration — what a pipe can be.

"What he may not tell you, though, is that his pipes, combined, represent a body of work, as should any true artist's compiled works. He doesn't like to talk about his works because he thinks that the pipes speak for themselves and that each true collector of his pipes will come to that realization on their own. I think Ed lives by a philosophy of honesty. And I believe his pipes are developed in the same way. I'm pretty sure it's a reflection of his honesty that his pipes come completely naked. They are just what they are. They're not stained to cover flaws or highlight grain. They are never adorned with silver or plastic. I find it entirely possible that, when future generations look at briar pipes from this era worth saving, worth displaying, worth reflecting upon, the pipes they most value, by a long shot, will be Ed Burak's. I could see shucking all of these pedestrian looking pipes and devoting myself to Connoisseur pipes." Marty Pulvers, "Marty Returns to New York and Meets Ed Burak," The Pipe Collector, Vol.9, No.5, Oct. 2001

As a significant footnote, the reader should note that Ed Burak's pipes are NOT made by Paul Perri, nor Weber, nor Jobey, as erroneously stated in Lopes's book "Pipes: Artisans and Trademarks." Burak prefers not to disclose the name of his current pipe carver.

After the Connoisseur Pipe Shop was closed in early 2009, the remaining inventory of Ed Burak Pipes have become available through Ebay Auctions in limited quantities. The auctions are arranged by Hank Saatchi, a member of the NYC Pipe Club, under Ebay User ID Ebuyer1932.=== http://www.newyorkpipeclub.org/content.aspx?page_id=22&club_id=415823&module_id=77397 ====Auctions usually start on Thursdays for a 10 day cycle, or on Sundays for a 7 day cycle. Paragraph added by Hank Saatchi on August 19, 2010 and edited on October 3, 2010