This is just a stub article. Burak collectors, please feel free to contribute 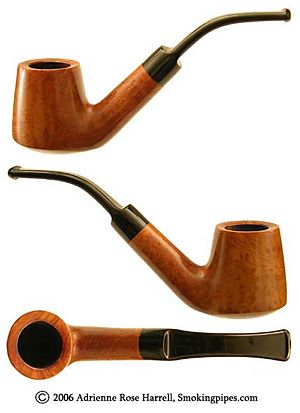 Ed Burak has pieces displayed at the American Craft Museum and the Museum of Modern Art. Born in the Bronx, New York in 1940. He had a scholarship to the School of Visual Arts and has also been a painter. In 1966 he began working with Paul Fisher in New York City, whom he stayed with for 5 years. He also worked for Wally Frank as a pipe designer. In 1968 he bought the Connoisseur Pipe Shop, where he was able to concentrate on his own designs. Ed designs and finishes the pipes, which are most often made by others, notably Jobey, Weber, and Paul Perri. Most are stamped Connoisseur E. Burak.