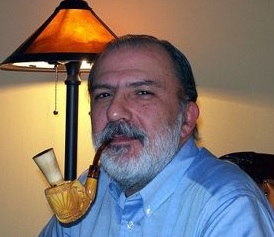 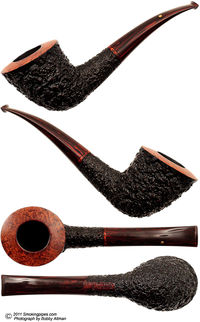 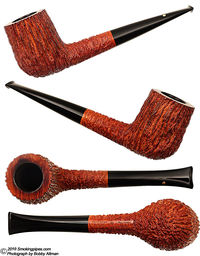 Butera's pipes are very hard to find these days because of minimal current production and high collector appeal. His pipes are still Butera's first love, but the responsibilities of owning a large tobacco distribution company keep him out of the workshop more than he would like. Ten years ago, at his peak pipe production, he was making 150 to 200 pipes a year. Now, unfortunately, he makes only a few pipes each year.