Arley G. Curtz retired the director of the Bountiful Davis Art Center (Bountiful, Utah) and is now a pipe repairman and pipe maker. He was formerly the pipe repairman at Jeanie's Smoke Shop, and has been making pipes ever since. 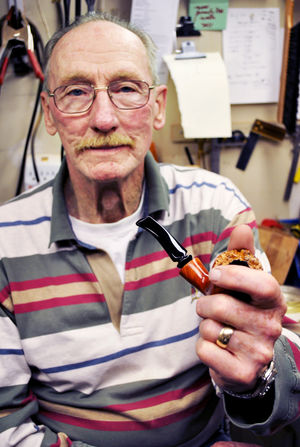 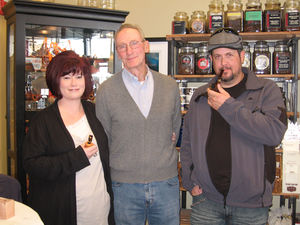 He makes about 70 pipes a year using Greek and Italian briar. His pipes are available at Edward's Pipe & Tobacco Shop in Denver, CO, at the Tinder Box in Salt Lake City, on the web at The Pipe and Pint, and at Curtz Handmade Pipes and Pipe Repair in Salt Lake City, Utah.

Cited: "[...] I just wanted to take the opportunity to say that his pipes are absolutely fantastic. The engineering, smoking characteristics, and appearance leave nothing to be desired. I hesitate in posting this, because if this little secret gets out, these pipes will likely become more expensive and I'll have fewer pipes from which to choose, but I truly feel that credit should be given where credit is deserved. [...]"'