Difference between revisions of "Delacour"

The Delacour factory was built around 1892 and expanded in 1893) in Saint Claude, Jura, France, Rue Carnot 14 bis.

View from the west of the Delacour factory (1980s), courtesy Pipephil.eu 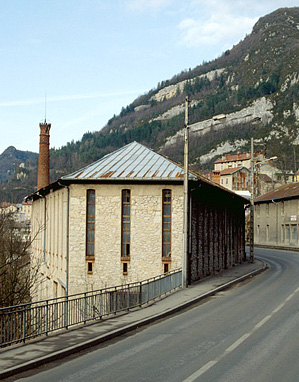 Side Faced of the workshops and ebauchons drying shed, courtesy Pipephil.eu 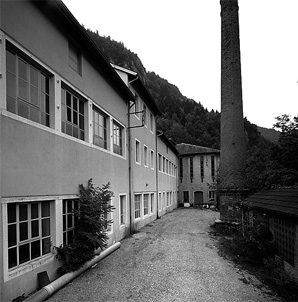 Back facade of the workshops and ebauchon drying shed, courtesy Pipephil.eu

The owner was Alix Delacour. Already in 1909 the factory was further expanded. Delacour had their own briar drying facilities. In 1960, the pipe factory closed. (Brand name was probably taken over by Jeantet). The Delacour building harbored afterwards: an eye-wear company, dance school, restaurant, etc.