du Pont Explosives pipes were given out as souvenir pipes by the Explosives Department of the du Pont Company between 1912 and 1933. (Source: Debra Hughes, Curator of Collections and Exhibits, Hagley Museum and Library, Wilmington, DE USA.) The original maker is unknown.

The shape is apparently intended to resemble an 18th or early 19th Century gunpowder barrel. Poker and bent shapes are represented. Some pipes may have ferrules. They are stamped with the duPont logo and "REG. US. PAT. OFF. EXPLOSIVES" on one side and "GENUINE FRENCH BRIAR" on the other side. Stems are vulcanite or similar material. 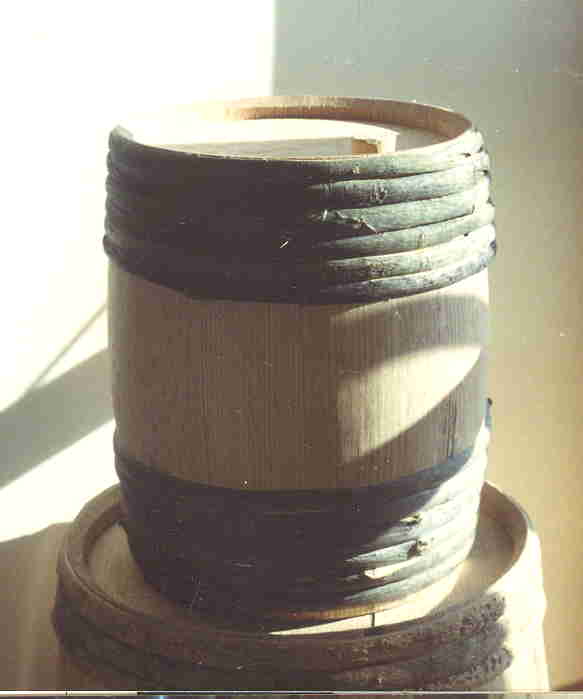