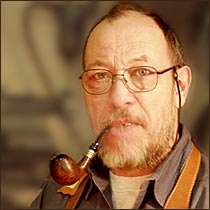 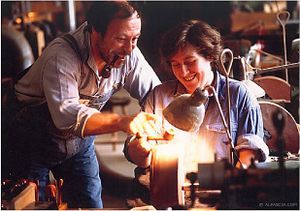 The pipes (and the maker) go by the name Former. “Former” is the nickname that Hans Jonny Nielsen was given as a child because of the resemblance to the actor George Formby. The name evolved into Former, and it has been his nickname ever since.

Former has about 45 years of experience carving pipes. At the age of 15 he got his first job - at Poul Rasmussen's pipe shop in Copenhagen. Former spent two years there repairing pipes. The salary was very small. However, the education was large, because pipe repair taught him much about the way pipes worked. He learned all the different brands of pipes and their characteristics and soon he could repair just about any disaster that can befall a pipe.

After two years with Poul Rasmussen, Former found new challenges. The pipe maker Sven Knudsen, brother of pipe maker Teddy Knudsen, left his job as pipe carver with W.Ø. Larsen to start his own pipe factory, and Former began working with him part time while also retaining a job as machinist. 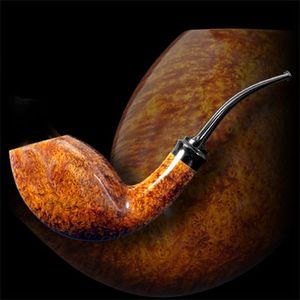 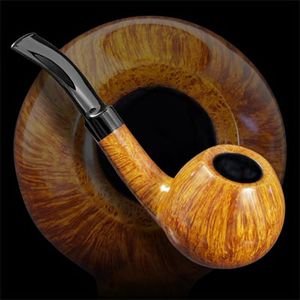 After 16 months in the military he was again looking for work. There was a job opening at W.Ø. Larsen and his friend, Poul Rasmussen, introduced him to Sven Bang, who was the factory manager with Larsen (the same man who would later start S. Bang pipes). In 1962, at the age of 21, Former was hired at W.Ø. Larsen. He was now a professional pipe maker, but his education continued at an accelerated rate during his first year with W.Ø. Larsen.

Former kept in contact with his other friend, Sven Knudsen, who could advise, when necessary. Knudsen, who also did the sandblasting at that time for W.Ø. Larsen, knew the Larsen models by heart, and he was able to show him how to make pipes exactly according to the catalog shapes. It is not easy to hand-make pipes to that degree of accuracy, but the exercise sharpened Former's skills.

Former continued working for W.Ø. Larsen for 10 years. He advanced to supervisor and was responsible for checking the quality of the pipes, training the new carvers and making and grading pipes. The factory had a staff of 19 carvers, including names like Teddy Knudsen and Tonni Nielsen. 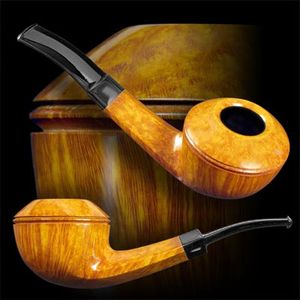 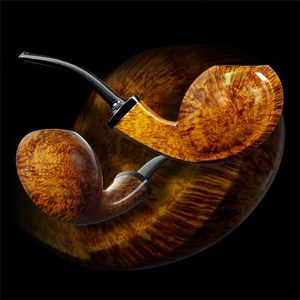 During that time, he also built a workshop in his home, so that he could do experiments and develop new shapes in his spare time.

The pipe maker Emil Chonowitsch and his son Jess Chonowitsch were at that time buried with orders from Japan and, unable to keep up with those orders, Emil Chonowitsch approached Former. The Japanese demand for high-grade Danish pipes was huge, and Former agreed to make 15 pipes a month in his home workshop, and they were very well received. The Japanese demand grew even bigger, and Former left W.Ø. Larsen to make his own pipes under his own name.

Soon also German pipe shops learned that he was making his own pipes, and the demand from Germany grew big. Within three years Former was working to capacity and unable to accept more orders.

In 1986 Former met an interesting opportunity when he was asked to go to Switzerland and modernize the old Bru-Bu factory and to develop a new, high-grade pipe given the English name "Bentley". He successfully took the opportunity, and spent the next 10 years in Switzerland. Former met his wife, Daniela, while working in Switzerland. In 1997, they decided to purchase the factory machinery and moved to Lauenburg / Elbe, where the Bentley production was continued at Dan Pipe. But Daniela got homesick and so they returned to Denmark. Dan Tobacco (a subsidiary of DanPipe) still manufactures Former's tobacco blends and the building still has the Bentley logo prominently featured on its front. 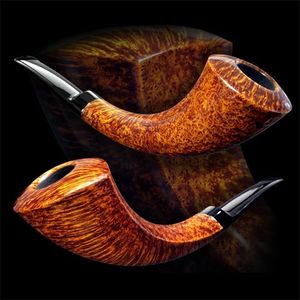 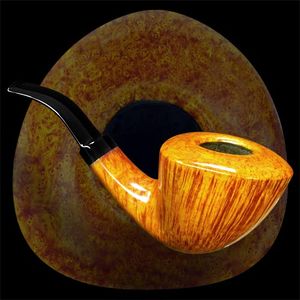 Former pipes have lots of personality. Lovingly hand-shaped, each Former is meticulously drilled and engineered for optimum smoking quality. The briar is hand chosen and well aged. It represents the finest grade available. Former is using various decorative materials, including silver, wood and horn.

Acrylic stem material is sometimes used; sometimes high-grade German vulcanite is deemed better for a particular pipe. The effects are subtle and tasteful - and always appropriate to the design.

Former's more than four decades of experience is evident in the quality of each pipe. The innovative design, the extraordinary finish and the detailed engineering all guarantee a remarkable experience when smoking one of his pipes. Former is proud and confident of his work - and he should be. Each pipe is the best that he is capable of.

All Former pipes are stamped “FORMER” and “MADE IN DENMARK”.

Former makes two categories of pipes: “HANDMADE” and “FREEHAND”, and the pipes are stamped with one designation or the other.