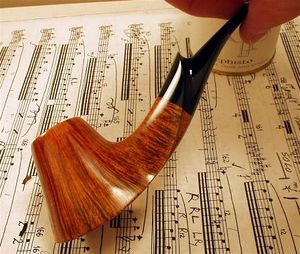 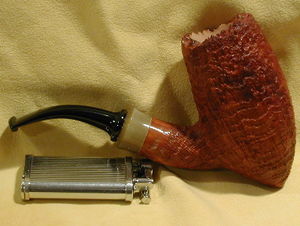 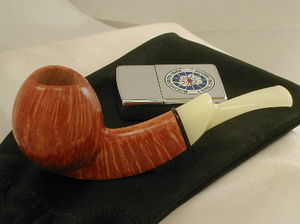 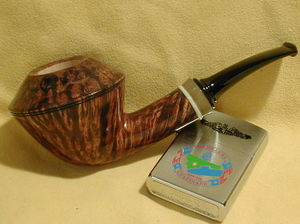 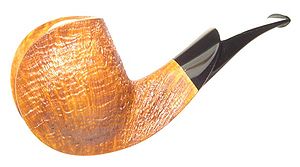 Jack Howell plays clarinet in the Pittsburgh Symphony and makes pipes part time. Except for when the symphony isn’t playing — vacation, say, or a global pandemic — then pipe production goes into gear. For current production, check out www.howellhandmade.com. And maybe have a look at the blog.

I have early memories of watching my uncles whittle things with their pocketknives. I was, I dunno, six or seven years old when I started asking for a pocketknife so I could whittle. My dad said, no, I'd cut myself. But he gave me a file and access to a pile of cedar shingles that we used for kindling and said when I could make things with a file we would talk.

Perhaps that was meant as discouragement because a regular bastard file isn't much for wood removal, but it's not much for skin removal either, so there's that. I set to with the file. Before too long I'd settled on my first oeuvre, a sort of Easter Island head. Which turned into the pommel of letter openers, and before long my dad gave me a knife, a Cub Scout model with one cutting blade and a can opener. I headed straight for the shingle pile, where it took me about ten minutes to cut myself.

Anyway, I've been making things for a long time, gradually getting to the point where I used tools with which I could no longer afford to cut myself. Along the way I became a professional musician, my manual skills coming in handy making clarinet reeds. I've also made knives, and bamboo fly rods (you can get a book I wrote about that at www.thelovelyreed.com), and other stuff. I started making pipes in 1999 and sold my first one in 2004. I went to a few Chicago and Columbus shows, was pretty visible on the old ASP forum, yada yada yada. My production has gone up and down as my musical employment has gone up and down, but for a number of years it stayed around 50 pipes a year. Once I joined the Pittsburgh Symphony Orchestra as bass clarinetist I only made a few pipes here and there on commission, because, well, I was practicing my ass off.

​Recently my dad's wisdom has become evident. When I went to dust off my website it had come unhooked from my domain host, no idea how long it had been down and nobody had said anything about it, so . . .