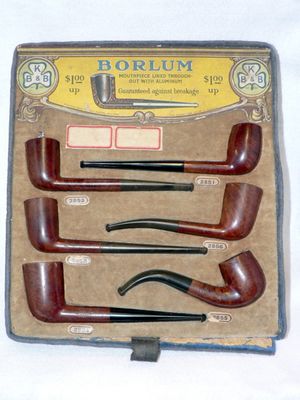 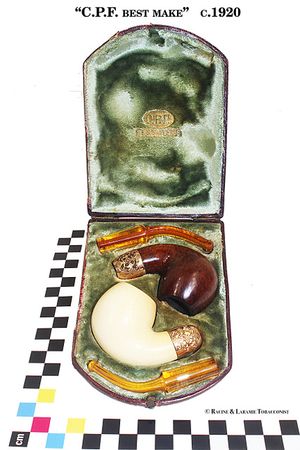 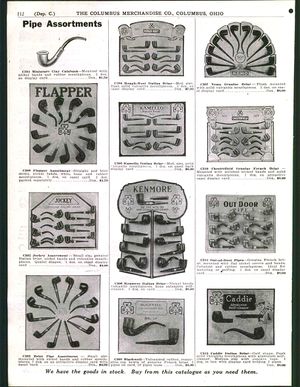 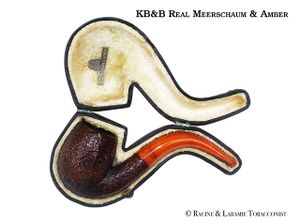 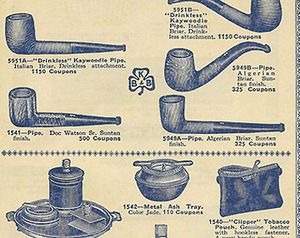 [[Kaywoodie was the name a pipe offered by Kaufman Brothers & Bondy Company (KB&B), first appearing in February of 1919. The Dinwoodie pipe, also by KBB, appeared in November of 1919. Other KBB brandings included Ambassador, Heatherby, Kingston, Langley, Melrose, Hollywood, Paragon, Borlum, Sicilla, Cadillac, Capitol Extra, Times Square and Kamello. Sometime before 1924, the Dinwoodie had been discontinued and the Kaywoodie name was beginning to be used on an extensive line of pipes that ultimately would be the name of the company. The origin of the name Kaywoodie is a combination of the K from Kaufman and wood, as in briar. Not much is known of the original KBB company other than it was started in 1851 by the German born Kaufman brothers when they opened a small pipe shop in the Bowery section of New York City. In the back room of this shop, they made their first pipes. From this meager beginning, the Kaywoodie name and organization was to emerge. 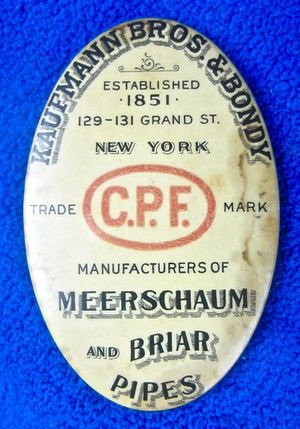 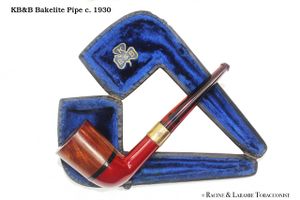 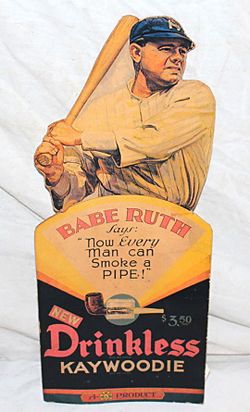 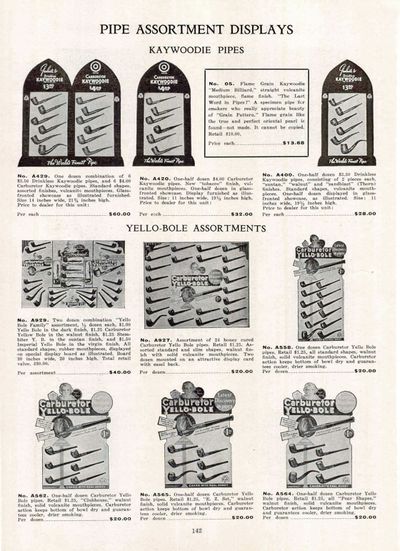 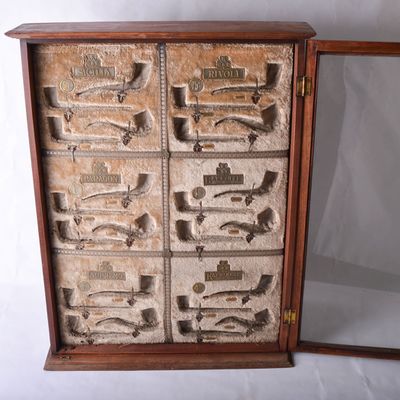