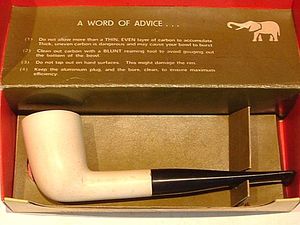 The enterprise had moved his headquarters to Arusha (Tanzania) and made an association with a Belgian company, but closed some years after.

Some of the brands produced used pressed or compacted meerschaum and not block meerschaum.

The company had also an agreement with GBD to make the line GBD Block Meerschaum. After closing, the British companies London Meerschaum and Manx Pipes continued to produce pipes using imported meerschaum from Africa.