In a 1944 catalog there were various model names made by LHS, and they included: Ultra Fine, Sterncrest, Certified Purex, Purex, a Patented Purex, Sculptured Purex, Purex Superfine And other line names: Barrister, Marwyn, Park Lane, Radmanol, and Warwick. 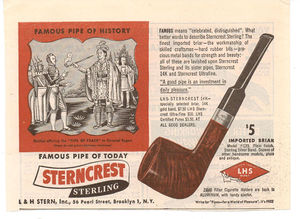 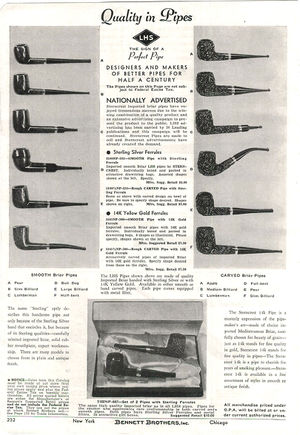 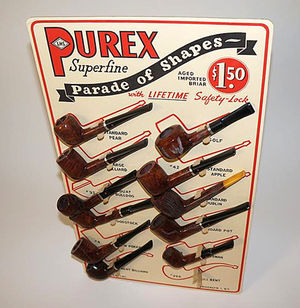