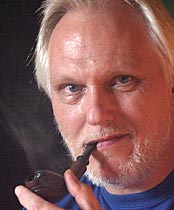 The return of a legend

Ivan Holst Nielsen was one of the famous Danish pipe makers back in the 60's-70's.

He is now back in business with pipes in a design and quality that once again places him among the top of the Danish pipe makers.

Read the history of Ivan Holst here and stay tuned for some remarkable new models coming soon from Ivan.

Already in my childhood I have shown signs of creativity by producing jewellery and other crafts out of noble wood, bone, ivory etc.

When I had finished school, I trained as a typographer and in my spare time I started making pipes out of hobby blocks bought in different pipe shops.

I lived for 2 years in Copenhagen from 1967 to 1969. I often went for an evening walk in the streets, always passing by the shops that sold pipes.

So I got my inspiration from seeing the new pipe models designed by Sixten Ivarsson, Emil Chonowitsch, W. Ø. Larsen, Poul Rasmussen and Poul Hansen. 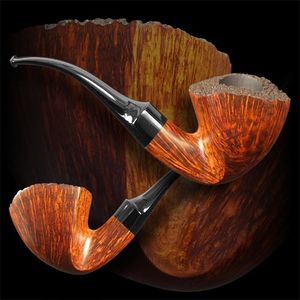 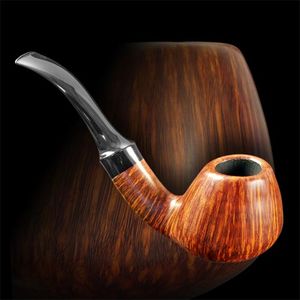 Gradually, I made more and more hobby pipes and thought it was exciting to work with my imagination, my sense of form and my knowledge of what makes a pipe a good smoker. I was always thinking about new pipe models that I was going to make later on. So one day I took some of my hobby pipes to W. Ø. Larsen and asked whether they would be interested in employing me - and they were!

Since I was young and eager to learn, in the years that followed I started working with different pipe makers and at different pipe shops in order to see what they were doing and to learn the different techniques they were using.

During the years I have worked with many pipe makers: Hans Nielsen(Former), Teddy Knudsen, Per Hansen(S. Bang), Poul Hansen, Poul Ilsted, Tonni Nielsen, and Peter Hedegaard.

Once when I was working with Poul Hansen, Sixten Ivarsson came by to visit, and he praised my pipes. He said that I did a very nice job and had a very good sense of form, which was a wonderful acknowledgement from my great idol. Another great acknowledgement for me was that Poul Hansen, who was known to be stingy with his praise, fell in love with one of my pipes. The pipe should have been shipped to Iwan Ries in the US, but Hansen laid away the pipe and smoked it himself with great pleasure, and it became his favorite pipe.

After having worked 10 years for other people, I naturally felt the need to start my own business. Poul Hansen helped me find some good machinery and some good tools. I had at that moment a wife and two kids. We found a lovely house in the country in beautiful surroundings. This was another inspiration for my pipes.

My experience, personality and sense of form helped me as a pipe maker, my pipes were sold as fast as I could make them. I sold my pipes to Pibe Dan and Remo Sørensen in Denmark, two dealers in Japan and two in Germany. 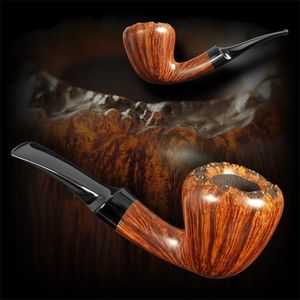 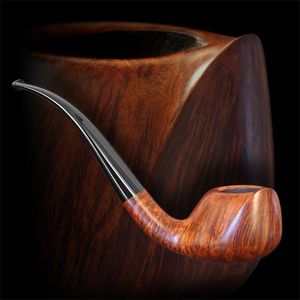 In the mid seventies came the oil crisis and that meant that the market price of the pipes dropped to an unrealistically low level. My attitude towards being a pipe maker is to create a product of very high quality and as a consequence I would not compromise and compete on the price. This meant that I stopped selling pipes.

Why, then, start again? – Well, in all the intervening years I have kept all my machinery and tools, because I still found the work very interesting.

So when it was brought to my attention, that the internet now has given us pipe makers the possibility of direct contact with all serious and interested pipe enthusiasts, I felt it natural to start again.

I am a pipe smoker myself, and that affords me an inherent understanding of what makes a good pipe. In the briar blocks it is the grain that inspires the form of the pipes so that grain and form melts into one, the pipes are good to hold, good smokers and inspiring to look at.

I create the pipes after Sixten Ivarsson’s principle. I cut the pipe out of the block, drill the chamber, mortise and airhole by hand. I always use solid ebonite for the always handmade stems. I do not use a machine for sanding, because this does not yield the best result. The pipes are sanded by hand from rough to fine grain. This procedure takes a very long time, but that’s also the way my idol Sixten Ivarsson did it, since the end result is better – the pipe acquires more personality, more style and even a “soul” ( if you sand it well!!!).