From "The History of Danish Pipes" by by Jakob Groth

Jes Phillip Vigen Gertsen (artistic name: Ph. Vigen) is one of Denmark’s relatively unknown high grade pipemakers. In long periods he has made individual pipe maker pipes for other names, including today. He is presently making the top line of Bjarne pipes in his southern Denmark based rural work shop. Born in ’53 he started to work in W.Ø. Larsen work shop with Former as his primary teacher. When the Larsen work shop closed Ph. Vigen had to find work elsewhere and Svend Bang, who felt a strong demand for the S. Bang pipes, hired him to work with Ulf and Per. It didn’t really work out. So after 1.5 years he was employed by Pipe Dan to work in there work shop after Tom Eltang. 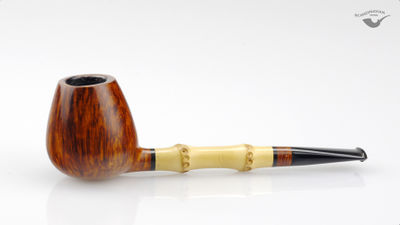 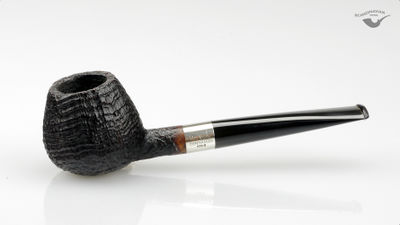 His primary job in Pipe Dan’s work shop was to do all the pipe repairs, but he also made 8-10 pipes every month. These pipes were – typical to Pipe Dan – stamped with Ph. Vigens own name and the name of the shop. He stayed with Pipe Dan until the shop closed in 1991. After Pipe Dan he tried to establish him self as independent, individual pipemaker, but this was a quite tough period with declining demand for high grade pipes on many markets.

From "Scandinavian Pipemakers", by Jan Anderson
"About a year after starting his own independent operation Vigen started to work for Bjarne Nielsen, making his High Grade pipes, an arrangement that suited Vigen extremely well. Now he could concentrate on pipe-making and did not have to bother with marketing, which he hated. The disadvantage was that his pipes were stamped with Bjarne's name, not his own, but that did not bother Vigen at all. He had no desire to be known artistically and was completely content in knowing that his pipes were appreciated.

When Bjarne died in 2008 and the business was closed, Vigen stopped making pipes. He did not want to deal with marketing once more, so he preferred to do something else. A lot of admirers of his pipes are sorry about that and, hopefully, he will reconsider his decision in the future."