Difference between revisions of "Pipas Elfo" 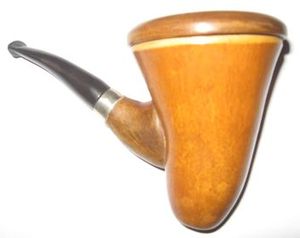 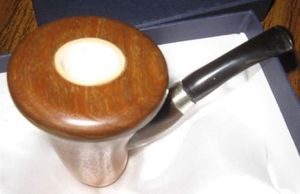 Mate, is a typical habit of the uruguayans, who drank an infusion Guarani indians originally, this custom was born centuries ago has also been adopted by a large number of people living in Argentina, Paraguay and southern Brazil. The container used to contain the yerba mate infusion is in Uruguay mainly a pumpkin.

The uruguayan artisan Helios Guidotti have chosen to use a small pumpkin similar to those used for the mate as one of the component materials of his smoking pipe, which has a system similar to typical Calabash pipes, greatly appreciated by the most pipe smokers.