Many dedicated collectors have worked to chronicle pipe brands and makers. It is a daunting and never ending task. Pipedia owes special thanks to J. Rex Poggenpohl for use of his 9/95 list of North American Pipe Makers in the 20th Century, with major contributions by: Tom Colwell, Gary Donachy, Tom Dunn, Bill Unger, and Herb Wilczak. Other sources include, Who Made That Pipe?, by Herb Wilczak & Tom Colwell, Pipes, Artisans and Trademarks, by José Manual Lopes, Tom Dunn's The Pipe Smoker's Emphameris (TPSE), Scandanavian Pipe Makers, by Jan Andersson, and the excellent work of Pipephil. Many others have also made significant contributions and continue the work. Thanks to you all! [[Special:MyLanguage/Image:Rainerbarbi1.jpg|thumb|316px|Featured Pipe, Rainer Barbi- Volcano]] 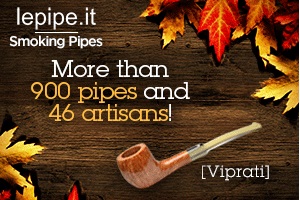