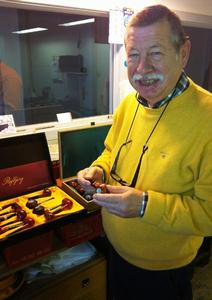 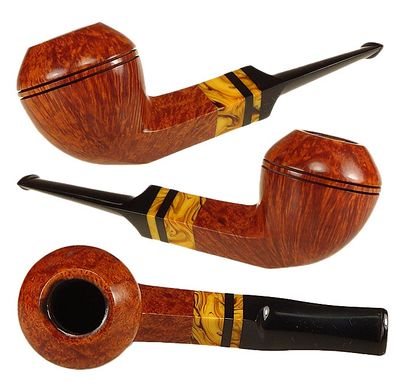 I am very proud to introduce my new (!) series of hand-carved Danbark Pipes by Søren. These pipes are crafted from the finest Corsican and Grecian briars. I take a great deal of pride in crafting the Danbark Pipes to be highly functional and so they will provide the smoker with many years of dedicated service. The Danbark Pipes by Søren are available in several different styles and finishes with my personal touch and inspirations. At this time I favor making classic shaped pipes with a slight touch of my own hands and feelings. I do not produce many pipes today but the pipes that I do make available are individually crafted from the finest Corsican and Grecian Briars available to me. I still make free-hand pipes but not as many as I once made. For the past 35 years I have always tried to make good smoking pipes in my workshop located near Copenhagen, Denmark. I have always tried to craft my pipes in such a way as they will be long lasting and best friends with the owners. I take great pride in the shape of my pipes, the drilling of the pipes, and the overall dimensions of the pipes. I enjoy spending my spare time on the very long, rugged coasts of Denmark. I derive much relaxation from being on the coast while angling for Sea Trout with my own hand-tied flies. I find this environment is a great inspiration to me for making pipes. Many times I think to myself, “Inspired by nature, made by me”.