Difference between revisions of "Wallenstein" 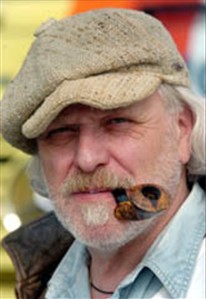 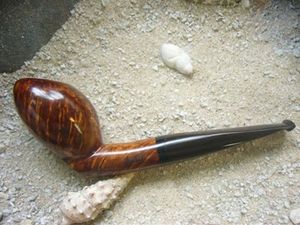 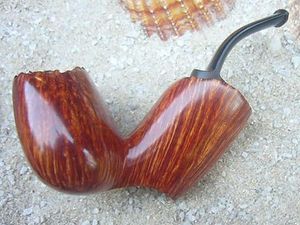 Roger Wallenstein was born on the Main, reared on the Lahn and settled on the Saar, yet still at home on the Kenmare River. The grandson, son, brother, and father of pipe smokers, Wallenstein enjoyed his first pipe at 14. "Even before my first kiss? For sure! " As a student, Roger made a "pilgrimage" to Copenhagen in a Citroen 2 CV. He bought and marveled at pipes made by Larsen and Bang, was bowled over by Anne Julie. Since those days, Wallenstein become a lawyer, husband, and the father of three children. Along the way he acquired the tranquility, carefulness, and patience necessary to make pipes.

In 2008 Roger created a totally new finish, which was first named "Flotsam", and later on called "Driftwood". By treating the briar with a self-composed solution the pipes look to be made from driftwood. Roger has been experimenting with different colors and the results are show in the pictures below.*

Also in 2008, Roger introduced the "Graffiti" series. As we might expect from Wallenstein, it is a very unique series of pipe shapes. Also new is the Ironaut. A combination of briar and titanium. Roger is continuing to work on this idea, so perhaps we will more along these lines in the near future.

Update november 2009. Roger has created a new principle of smoking a pipe comfortable. He called it The Jackbone pipe. The mouthpiece is constructed to rest on your chin. With this mouthpiece you are able to hold a bigger pipe comfortable between your teeth. The pictures give you an overview of the shapes, all carrying Irish related names. 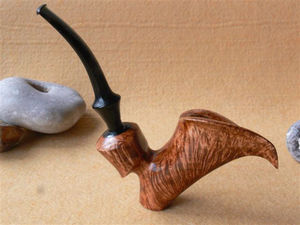 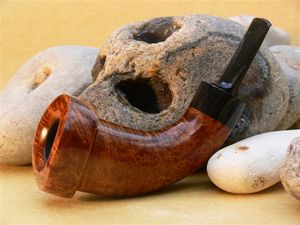 When the subject is German pipe makers, Roger's remarkable innovations in combination with his beautiful crafting of "normal" pipes, has inspired a good deal of discussion.