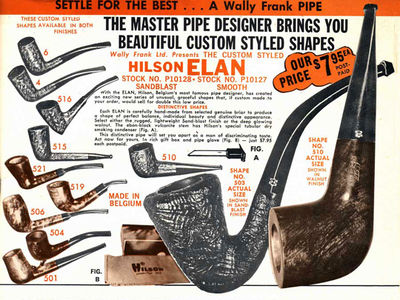 In 1952, Wally Frank was on a buying trip in Italy and "discovered" Carlo Scotti. Frank liked Scotti's pipes, but there was the small problem of Scotti's pipes bearing the same trademark or logo as one of Wally Frank's pipe lines, the White Bar. The two men decided on creating a new logo, a hole drilled in the stem and with a piece of silver foil inserted in the hole and covered with clear Lucite.