Bonsai Pipes are made by Tobias Höse. He was born in 1987 and lives in the Southern part of Brandenburg/Germany. He works as a nursery school teacher and has been a passionate pipe smoker for many years. In 2016, Höse had the idea to make his own pipe and assembled the equipment needed as fast as possible. He's been making pipes in his work shop ever since. It has become a great passion. 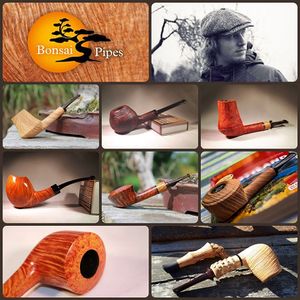 Tobias likes working with briar, finding it fascinating as well as relaxing. He's inspired by classic English and Danish pipes. Another hobby he has is bonsai, which he started growing in 2004, which explains why his pipes are named „Bonsai-Pipes“ and stamped with a bonsai. 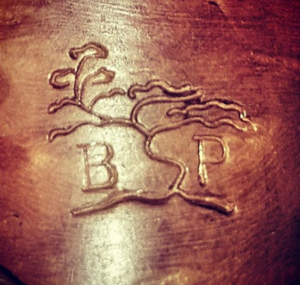 Tobias uses different kinds of wood by different providers. Generally briar, but also olive and moor oak. He especially likes the sandblasted olive. His mouthpieces are handcut vulcanite, and without filter. He makes about 30 pipes in a year. Most of them are sandblasted, but in case of perfect material, he'll keep them smooth. He has no finish preference--it simply depends on the pipe/ He does not use a grading system for his pipes, which are all stamped with the BP Bonsai logo.