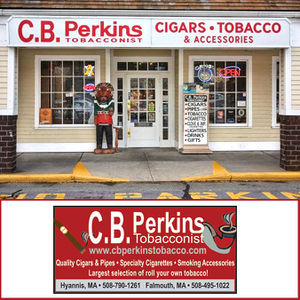 The first C.B. Perkins store opened in Boston in the early 1900's. Perkins quickly became the leading retail tobacconist in New England, a position it held for over 75 years. In 1986 Perkins management sold their Pennsylvania and New Jersey stores to DES Tobacco Corporation.

DES is a wholly owned subsidiary of the S. Frieder and Sons Company. S. Frieder and Sons had been a cigar manufacturer since 1920. In 1978 S. Frieder sold its manufacturing business to United States Tobacco so it could focus all its assets and energy on the retail tobacco business under the name of DES Tobacco. Thus, the merger of C.B. Perkins and DES represented four generations of tobacco experience.