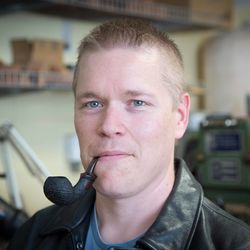 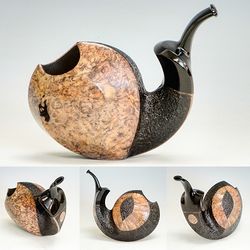 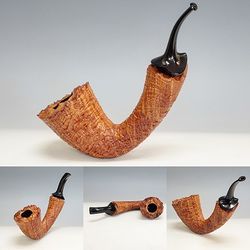 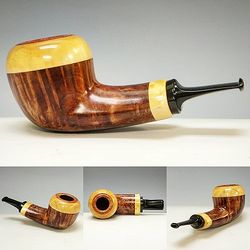 David S. Huber began making fine artisan pipes in February of 2012. In the summer of 2014, he left his former career as a designer for live theatre to fully commit himself to the craft of pipe making. His pipes are creative, unique, meticulously crafted, and rooted in the work of the masters. Each piece is made from the best materials available by his hands alone.

Among his accolades, David received the award for "Best Pipe in Show" at the 2019 West Coast Pipe Show in Las Vegas, NV, "Best Pipe in Show" at the 2015 Kansas City Pipe Show in 2015, and first place in the juried Kansas City pipe-carving contest in 2013. David’s work has been featured multiple times in Pipes & Tobaccos Magazine, including an eight-page feature article in the Summer issue of 2017, and has been interviewed as a young industry leader on radio (Denmark Interview, Introducing David S. Huber) and in print (Tobacco Business Magazine).

An excellent selection of David Huber pipes is available at Pipedia Underwriter, Pipes2Smoke.com

His work has drawn the attention of many highly revered pipe artisans and collectors around the world, some who he is honored to call his friends and mentors. The pipe makers who have personally contributed most to his development as an artist and a crafts person are Jeff Gracik, Premal Chheda, Alex Florov, and Nanna Ivarsson.

David owns and operates DSH Pipes as an artist-in-residence at Liberty Arts Sculpture Studio & Foundry in Durham, North Carolina where he offers monthly introductory pipe making classes. You can learn more about him and his work at DSHPipes.com.