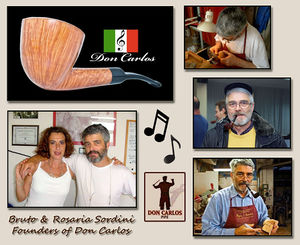 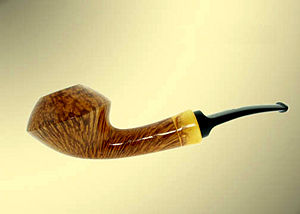 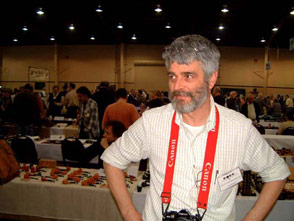 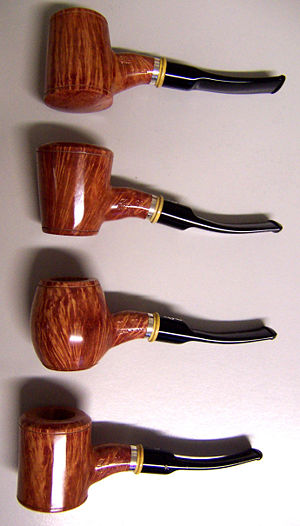 Don Carlos pipes are born of thirty-year experience, inspired by local tradition, when at the beginning of 1900, Primo Soriani was a pipe maker near Cagli.

The briar used in Bruto Sordini's workshop has been seasoned in an open place for two years at least.

Each pipe, completely made by hand, is the result of a tidy selection of the rough material and then of elaboration of the shape. The chamber is always left natural, without coating, to allow the smoker the discovery of the interesting taste of briar.

That's because a pipe must be beautiful, but overall it must smoke in the best way.

The imaginative musical master is back - with new shapes and new finishes - Courtesy of R.D.Field 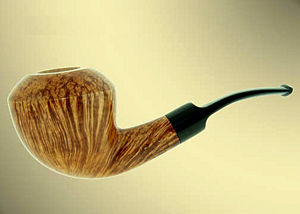 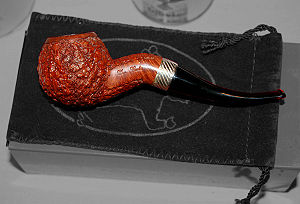 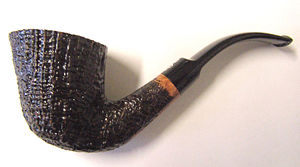 Bruto Sordini was born in the small village of Cagli, high in the mountains of central Italy. While studying law, Bruto developed a passion for pipe making, and so gave up what was to be a promising law career in order to work with his hands and heart as well as his mind. Bruto's work as a pipe maker is rather well known by aficionados of the briar. Following his apprenticeship with various firms, he formed, with two other pipe makers, a partnership called Ser Jacopo. After a few years of such collaboration, Bruto felt he could make more interesting pipes on his own, so he, along with his charming wife Rosaria, formed Don Carlos.

When the Don Carlos brand was first introduced in the United States, pipe smokers all over the country flocked to try, what was perceived at the time to be, an excellent value. That the brand continued to sell in huge numbers, showed that Bruto found the key to pipe smokers' hearts.

A few years ago a devastating motorcycle accident stopped Don Carlos production while Bruto slowly recovered. In a strange way this may have actually helped the brand, as Bruto had time to develop new shapes and finishes in his mind while he recuperated. And, by the time he returned to his workshop, he found that he did not like to work as fast as before - preferring instead to take more time with each pipe.

Apart from pipe making there is the family - wife Rosaria and three boys, two at University and one shortly to enter. Bruto and Rosaria live in the center of the medieval village of Cagli where everyone seems to know each other, and polite banter is tossed back and forth at the various cafes on the main piazza.

Urbino is an inexpensive handmade pipe made by Don Carlos