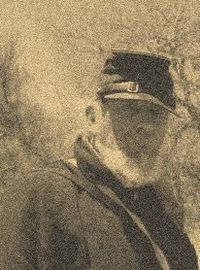 is the brand name of handmade custom pipes carved by myself, Donald W Gillmore. I am a long time woodworker who felt compelled to start making pipes for myself when I resumed pipe smoking after a hiatus of several years. I received a lot of encouragement from local pipe club members and pipe maker Victor Rimkus (Rimkus Pipes) to continue making pipes. I attended the West Coast Pipe Show where I was able to meet and see the work of world class pipe makers. My pipe designs are heavily influenced by the Danish freehand pipe makers of the mid to late 1900's. I also incorporate references to Southwestern color and design motifs into many of my pipes. I work with Mediterranean briars, domestic hardwoods (Hickory, Maple, Oak, Pecan, Walnut) and Morta (Bog Oak). I also enjoy combining natural and man made material into my pipes. I believe that the use of deer antler, a form of bone - not horn, re-enforces the connection of my designs to the natural world. I welcome custom order requests and strive to exceed the expectations of my clients.