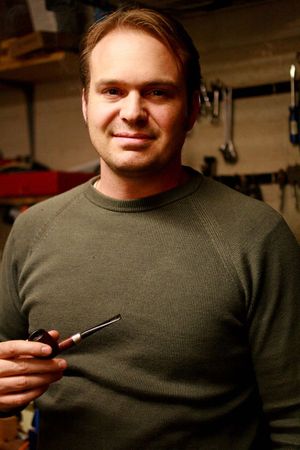 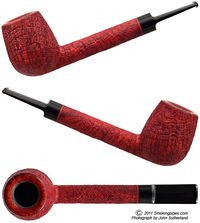 "Ernie Markle has a passion for making great pipes. Pipes that will live on well after you are gone. Pipes that create a heritage of craftsmanship." If you have the opportunity to spend any time with Ernie, I think you'll find that certainly rings true, and that he has clearly acted on that passion. Ernie's educational background is in Philosophy and Spanish, yet previous to becoming a full time pipe maker he worked in finance. He currently makes pipes out of his home in Scottsdale, Arizona.

Ernie's interest in pipe making began after hours of viewing thousands of custom pipes online, he was suddenly struck with a fundamental question: “How do they do that?” He then discovered The Pipemakers Forum, a group of pipe makers discussing the process and became enamored with the idea of making pipes. Due to the investment in time and equipment required to make pipes on the level that appealed to him, it was two years before he could see his way to pursuing his passion in earnest. Several months after making his first pipes he attended the Chicago show in the hopes of receiving helpful critique on his pipes and while there he took part in the two day pipe making seminar.

At the Chicago show two of North America’s veteran makers invited Ernie to spend some time in their shops and it was under Brad Pohlmann and Jeff Gracik of J. Alan Pipes that he began to gain confidence in his abilities within the sphere of pipe making. You could not have two finer mentors, and that shows in Ernie's pipes.