Gert Holbek was probably the oldest living Danish pipe maker - after the death of Sixten Ivarsson, - since Gert Holbek was born in 1928. He was for sure the oldest active pipemaker and he is definitely the one who had been in business for the longest time. He started with Poul Rasmussen in 1953. 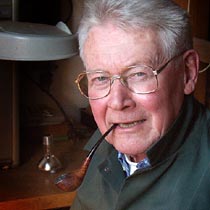 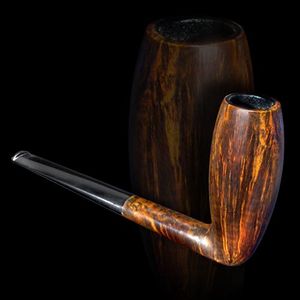 After one year and more than ten thousand pipe repairs later (Holbek tells), he opened his own work shop and he has carved pipes ever since.

For a number of years he made about two hundred pipes per year. They were all sold through Pibe Dan, where many of his designs became a standard of the store until the shop closed in 1991. Pibe Dan’s English catalogs from the 60’s would show his pipes and brought his name to both Europe, Japan and USA.

In the latter years the number of pipes has gone considerably down, but he can’t really leave the challenge of a beautiful piece of briar. The few pipes he is making are almost exclusively sold in Japan, where he has had many devoted fans for many years. 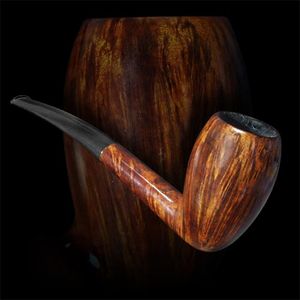 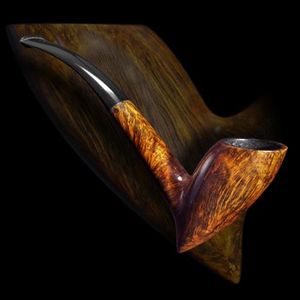 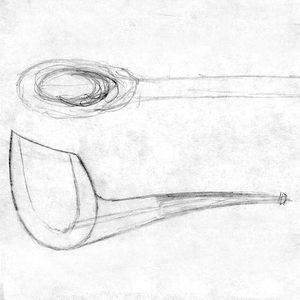 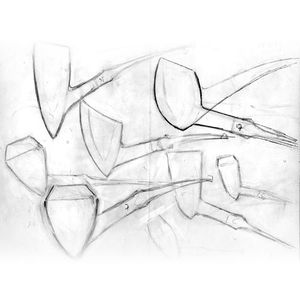 In spite of his almost 50 years in the pipe business, he is not very well known among pipe smokers in Denmark. For long periods Holbek worked primarily with industrial design and technical innovations. His sense of form and idiom can be recognized in the set of knife, fork and spoon, called Prism, that he drew together with a friend from childhood at the beginning of the 60’s. The set is still sold in large quantities all over the world.

Gert Holbek has also taken out a number of patents and he “invented” 2211 – probably the best cleaning fluid for pipes because it both dissolves the residue, it disinfects and it impregnates the smoke passage in the shank and the mouthpiece.

The pipe design of Gert Holbek is distinctly his own. Even from a long distance, you can tell that this is a Holbek pipe.

Not much tells you that he originally started with Poul Rasmussen, perhaps only that many of his pipes have rather tall and slender bowls. His very tall pipes, called chimneys, were created in collaboration with the Pibe Dan owner.

The pipes are almost ascetic (his own word). You will never find a ring, a ferrule or any decoration on a Holbek pipe. His shaping has soft, but springy lines with soft passage between bowl and shank and the edge of the bowl is mostly concave.

The smooth pipes are mostly straight grain in a warm reddish-walnut finish.

Holbek always grinds the edge of the bite (the lip) slantingly. 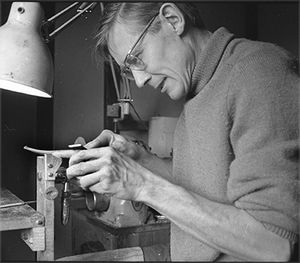 The pipes of Gert Holbek are rather rare and you will seldom find new ones on the market.