Ranked with Sixten Ivarsson and Bo Nordh Jørn Micke had a pipe featured on the cover of the famous Iwan Ries Co. catalog (Chicago) before Sixten in the late 1960's. He lived and worked sporadically for many years of his life on the Danish island of Bornholm off the south coast of Sweden. He lived by the beach and he loved the view of the ocean. It gave him inspiration. Most of his low production went to Japan at very high prices. Jørn Micke was one of the best pipemakers in the world. 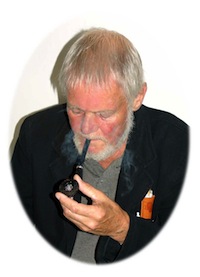 Micke had been studying medicine in Copenhagen to become a doctor. On a holiday in 1958 he went to Bornholm and was captured by the beauty of the island. The next year he was back and strongly felt that Bornholm was the place where he wanted to spend the rest of his life. He was born with an artistic talent and ever since childhood had een painting a great deal. He also started to smoke a pipe warly in life and made some pipes for his own use. Due to a common inters in fishing, he met Sixten Ivarsson. They became friends and Micke started to work as an apprentice in Sixten's workshop. In 1963, after one year of learning, Micke moved to Bornholm to settle there for good. His studies in medicine were long since forgotten. From that point on he made his living as an artist but with more than one string to his bow--he made paintings, sculptures, and pipes.

While few pipemakers in Denmark knew Jørn Micke the circle around Sixten Ivarsson in the '60s consisting of Lars Ivarsson, Jess Chonowitsch, and Bo Nordh. Lars and Micke had a close relationship, which lasted right p to the time Jørn died. Lars told Jan Andersson that he spoke to him on the phone almost every day. 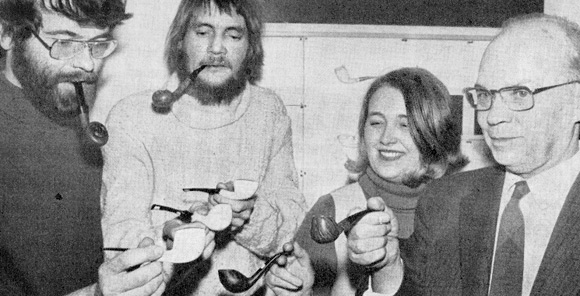 The pipe were stamped Micke made, the uear it was made and a number. The very best were also stamped with a Zebra.