Louis Keyer, Sr. was a turner, making pipes, umbrellas and canes. His son, Charles, followed in the family business. Louis passed away in 1897 and Charles took over the business. 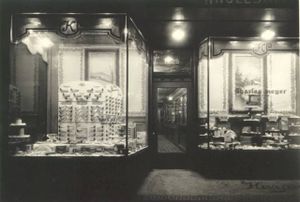 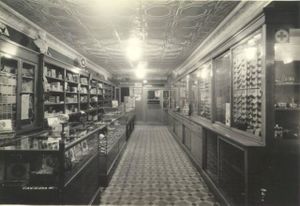 From the looks of it, Charles was doing quite well! The business expanded to the 1227 Main location around 1920. This must be when the tile was added to the entrance (tiled entrance photo). 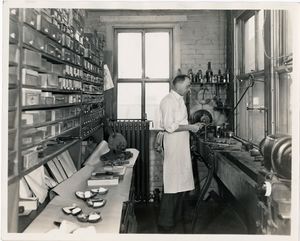 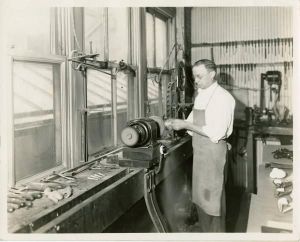 I am not sure who is at the machine (buffing photo). It could be Charles or his son, William, who eventually took over the business. The business was still open in 1958 under the name of Keyer Pipe and Umbrella House and run by Judson W. Gabbard.

Judson W. Gabbard worked as a salesman for Charles Keyer in the late 1930's and his career was put on hold when he entered the US Army in 1942. He returned to work after the war, and managed the distribution network and the retail store at 1225 Main street.(I recall visiting the store as a child). In the 1950's Charles Keyer retired and having no children, transferred ownership of the store to Judson. Judson continued to run the business until his retirement around 1995. He sold it to a salesman from Beckett Paper..