Knud might very well be the youngest pipe maker in Denmark, but he was under the good influence of the late Peter Hedegaard and “Johs” and he has the skills needed for making fine pipes.

For now, Knud is part-time pipe maker, but that will change someday. 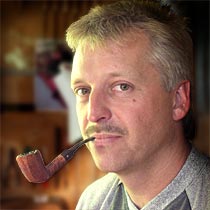 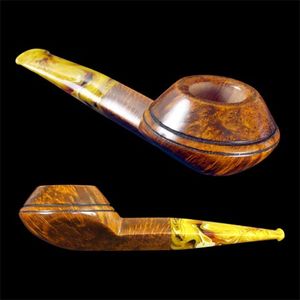 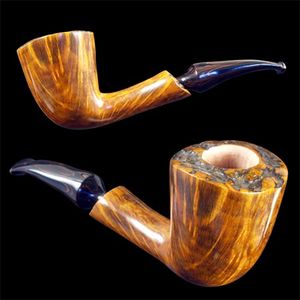 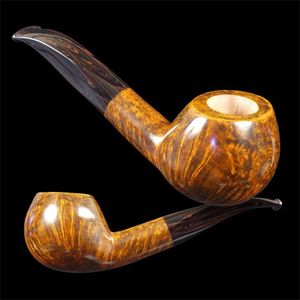 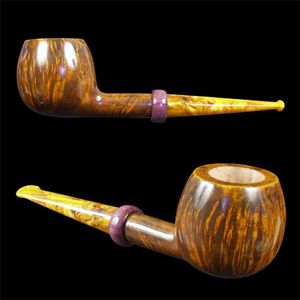 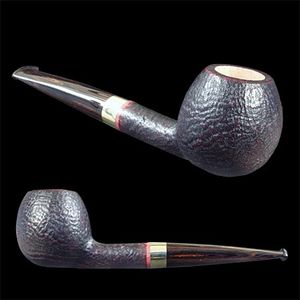 I’m Knud Bech, from a small town called Tårs with app. 2500 inhabitants situated in the northern part of Denmark, in a region called Vendsyssel.

I’m 35 years old and have a fulltime job besides pipe making.

My interest in pipes goes back many years. Pipe smoking seemed so quiet and pleasant, so I told myself that I might enjoy it.

When I had been smoking for a while, I thought it would be fun to manufacture a pipe.

A friend liked my pipe and asked me to make one for him. And so I did. He was very pleased with his pipe, and thus my interest in making pipes myself grew.

At the present moment I have been making pipes for 8 years, but still only as a hobby. But as time passes I keep making more and more pipes, and in the long term I hope to be able to make a living out of it.

Some of the pipes are beautifully rusticated; my wife Lotte is in charge of this beautiful work. She also designs many of the pipe models. We often sit together in the workshop with a pot of coffee, enjoying ourselves.

Our last investment is sand blasting equipment, so now we do all sandblasting ourselves.

Instead of stamping the pipes like most pipe makers do, we have chosen to engrave the logo into the shank and the stem. This also makes it possible to make custom engravings.

Thank you for spending time reading about us.