Jorgen knows about pipes – he learned it the hard way. Being the son of the legendary Viggo Nielsen, he started at the age of 10 to polish stems at the Bari pipe factory. Working with Viggo and later with his brother, Kai Nielsen, has of course given a good background, but Jorgen has developed his own style based on his experience and his own heart. 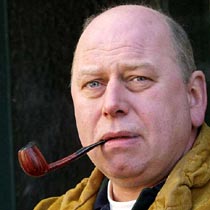 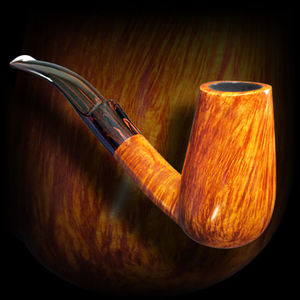 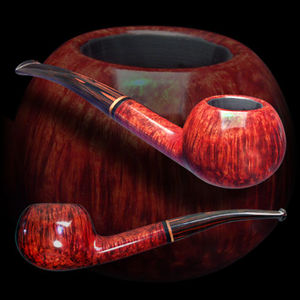 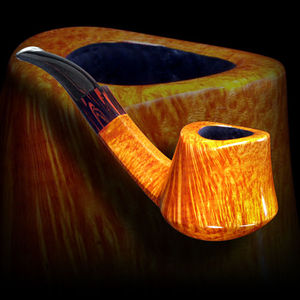 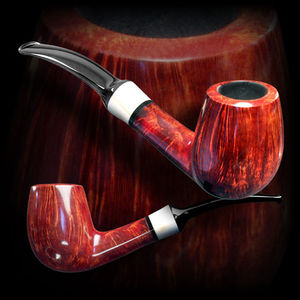 Today Jorgen is an independent pipe maker and he makes very fine pipes. At the age of 10, I started working with pipes. I was polishing the spare mouthpieces at the pipe factory “Bari” that my father (Viggo Nielsen) owned at that time.

After I finished my school in 1971, I started my education as pipe maker at the Factory. I had to start from scratch and spend the first year mounting bowls and stems – 500 a day, hard work… My real talent at the factory turned out to be sanding and polishing, and for some years, I was responsible for that part of the production line. I was even allowed to finish our High-Grade model – the “Bari Viking” that was exported to the States. That model is still well known and in demand over there.

After my time in the Danish Military, my brother Kai and I joined forces as pipe makers. My job was to build up our German market.

Over the next 13 years I built a market with more than 50 of the best shops in Germany.

In 1985, my brother, Kai, and I founded “Pibehuset” in Tonder, close to the German border, and we worked together as pipe makers here for six years.

Up till around 2002 I have been occupied outside the pipe business, but now I’m back for good.

I have established my independent workshop at the beautiful harbor front in the village “Faaborg” on the island of Fuen.

It’s great to be back in the pipe business, and I now know for sure, that this is my life - to the end of my days.

Thank you for your time. 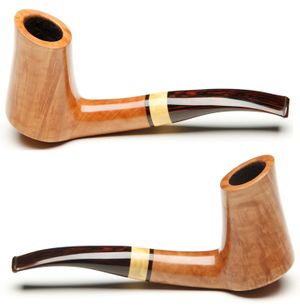