The House of Pibe-Dan was founded in Copenhagen in May, 1943, and was named for H. Dan-Christensen, nicknamed Pibe-Dan. Pibe-Dan (Pipe-Dan) unfortunately closed in 1991, but during the 48 years it was in business it was the ultimate place to find pipes by Danish masters. 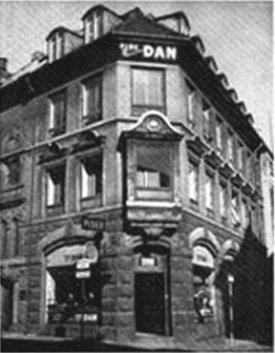 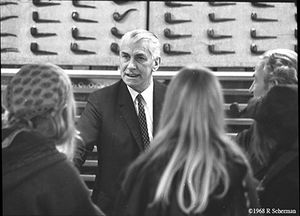 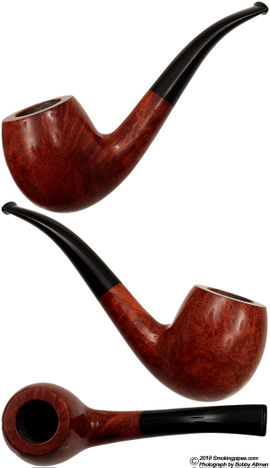 Pibe-Dan would often let the pipemaker stamp his own name along with the company name as in this Pipe-Dan made by Poul Hansen, courtesy Smokingpipes.com

Pibe-Dan published its first catalog in the late 1950's and, as was the case with W.O. Larsen, published it in English given their international customer base. While they sold pipes by Stanwell, Kriswill, Brakner and others, the classic pipe sold from Pibe-Dan was the Dan Shape-Reformed Pipe, which had a very tall vertical bowl, and were hand made of Corsican briar. Pibe-Dan claimed that the design was longer, drier, cooler and more even smoking. The Shape-Reformed was available in various lines including the Danois, Standard, Champion, Half Chimney and others.

At the same time, Pibe-Dan had a long history of also including pipes by Danish artisans in their catalog. Sixten Ivarsson's Peewit, Oliphant, Ukulele and other shapes first appeared in Pibe-Dan's catalog, and other artists who either began with or sold through Pibe-Dan include, among many others, Hans Hartmann, Gert Holbek, Sven Knudsen, Tom Eltang, Arne Nygaard, P. Holtorp, Poul Hansen, and Ph. Vigen, among others. The legendary Preben Holm sold pipes to the Pibe-Dan shop before his sixteenth birthday in 1963, and soon after was selling twenty to thirty pipes a week to the company, with Pibe-Dan setting the prices. This relationship continued until 1968.

Here is a link to the complete and wonderful Pipe-Dan catalog from 1961-62 File:Pibedan 61 62.pdf, courtesy Danishpipemakers.com And a few pages bellow: