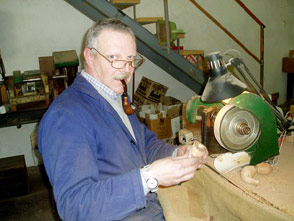 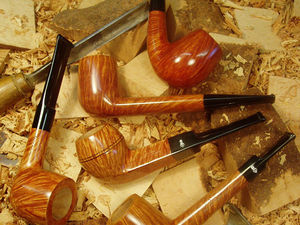 I represent one of the few workshops which are considered historic, established in 1912 by my grandfather Stefano who, with me today, is the third generation devoted to this work, confirm its vitality and, with almost 100 years of history behind us, get stronger in its inimitable tradition.

My processing is absolutely artisanal and the manual contribution is realistically total. My pipes are produced with passion, skill and good taste. Each piece is cared and pampered during the long working process, starting from the seasoning of the briar, which comes from Italy, created by nature, without any forcing, taking all the time it needs.

I produce pipes with soft, harmonic and clean lines; the result is never an object of casuality(?) or itself eccentricity. 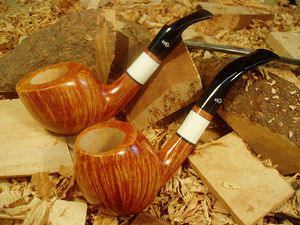 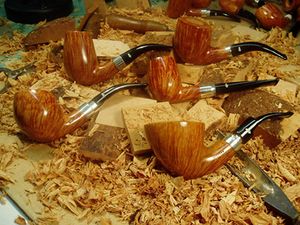 The attention to the funcionality and the search for an always perfect balance in classical shapes as well as in the more creative pieces, is the result of a wisdom which has been passed on from father to son. That knowledge, combined with passion, is the rare expression of a constructive experience, far from any improvisation.

Few Pipemakers in the world today can boast such a long tradition. Three generations have dedicated themselves to this job, passing on from father to son a rich store of knowledge and continuity of which we are very proud. We number ourselves among the small circle of workshops considered “historical”.

It all began in 1912 with Stefano Santambrogio, the founder of the company. Born in 1865 at Meda in Brianza, he moved when very young to Gallerate, where he found a job in the first company in Varesotto manufacturing pipes of various kinds: the Manifattura Pipe Fratelli Lana.

In 1899, after the closure of this company, he moved with his wife to Gavirate and was hired in the position of manager at the Fabbrica Pipe Rossi of Barasso. 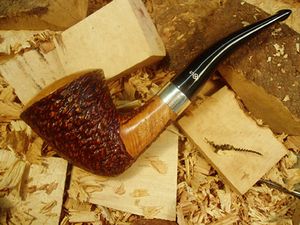 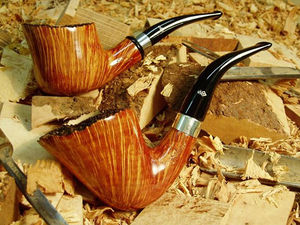 In 1910 Stefano, enterprising, capable and charismatic, acquired a watermill and adjacent farmhouse in “Borghetto” at Gropello di Gavirate. In spite of numerous difficulties, he began producing his first pipes using the watermill as his only source of energy, powered by the nearby Roggia Molinara (a wheel with a nominal HP of 4.55 as recorded in documents dated November 15th 1922).

In 1926 the first electrical power became available and the waterwheel then worked alongside the first electrical motor of 5HP. This permitted him to increase the number of workers and in consequence the production, to satisfy the growing demand for pipes. The production reached its peak in the 1930’s and 1940’s. 130 workers were employed and about 100 000 pipes were produced each month and exported to every corner of the world.

In 1951, after the death of the founder, his sons Renzo and Armando ensured the continuity of the company until 1981 when Stefano Santambrogio, the present owner, took over on the death of his father, Renzo. 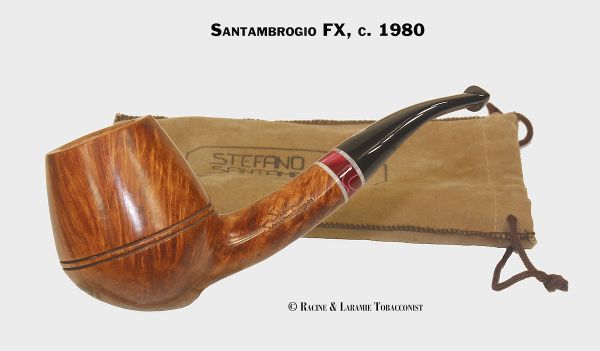