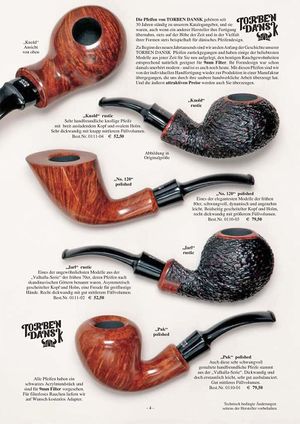 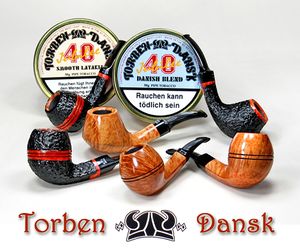 Torben Dansk pipes were originally made by Torben Hetler. Next to other manufacture brands (Danmore, Tabago e.a.) they appeared in the first cataloge of Dan Pipe (originally named "Danske Pibe"), a pipe and tobacco mailing enterprise established by Heiko Behrens in 1972. Following the pipes became well-known and quite popular in Germany. Later they were made by Lars Christensen's manufacture. According to the cataloge 1992/93 they were made by Poul Winslow.