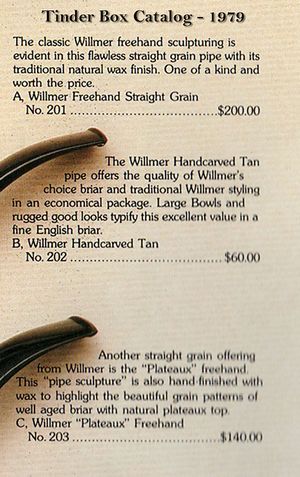 Sometimes one finds that Willmer was a high-ranking Charatan pipemaker who stepped out on his own after Charatan was bought up by Dunhill. This is contradicted by Willmer's self-definition: "H. Willmer & Son have been making fine pipes for two generations. All our pipes are totally hand made, in house, from the finest materials. The workmanship, from the economy models, right up to the hand made freehands, receive the same care and attention throughout all the stages of production." 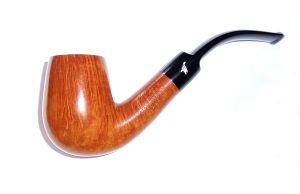 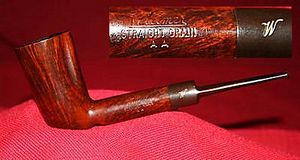 Willmer was founded in London. According to the website, which doesn't exist anymore because the Willmer factory has been closed in 2006/07, the firm was in business "for more than 60 years" by 2003. Willmer was homed then in Southend-on-Sea, Essex, so not far from the Cadogan plant.

When Willmer first started, they definitely strived to compete with brands in the high-end market. Due to the excellent quality of the pipes Willmer was frequently asked to produce private label pipes for England's best renowned pipe retailers. So many pipes are not easily recognized as Willmers for stamped under the name of the respective shop. Willmer's own pipes were stamped "Willmer - Made in England" and showed a sweeping "W" in white or gold on top or left side of the stem. The earlier grading had AAA as top grade followed by AA, A, AB etc. 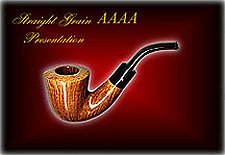 Sometime in the 1980's, Willmer went through some major changes. The move to Essex was already mentioned above. They continued making highly respectable freehands - often copying some of the stunning Charatan shapes of days gone by. The grading was altered. What used to be an AAA now became the additional name "Presentation" and was stamped with AAAA. Funny enough, the forth A was often larger than the three before. The other grades were changed accordingly. 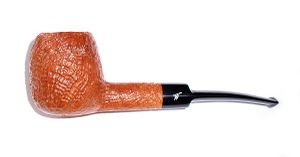 Willmer also concentrated on lower grade serial pipes ("economy models") which were machine-made to a large extent. These pipes didn't really contribute to the brand's fame... Often finishes and the fitting of the stem to the shank were executed rather shoddy.

In 2003 prices ranged from Euro 60.00 to 800.00. If the informations are reliable, Willmer pipes were quite unknown throughout the New World as only two important US retail shops stocked them.