Note: We have just learned that Baldo Baldi has passed from this life into the next, and joins all those wonderful pipemakers that have gone before him. Our prayers are with his friends and family, and the many happy recepiants of his beautiful pipes. Rest in peace, my friend!

Baldo Baldi was born in 1947, and passed away in 2021. Since his early days he had always been interested in a wide variety of art forms. Once he graduated from the Italian "Artistic High School", he decided to pursue his passion for art further by joining the Faculty of Architecture. While still a a student, he started to smoke a pipe, and not being able to afford the pipes he liked, he decided to make his own! Right from his first pipe, professional tobacconists realized Baldo's talent and started placing orders! His father was a great believer in Baldo's pipes and he helped promote his son's pieces of art. That was the beginning of the career of one of Italy's most renowned and talented pipe makers ever. Later, and a few years after getting his university degree in architecture, Baldo decided to give up his job as an architect and make pipes full time. Even in those early years, making pipes full time meant a maximum annual production of about 200 pipes! 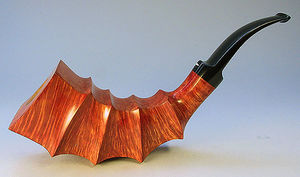 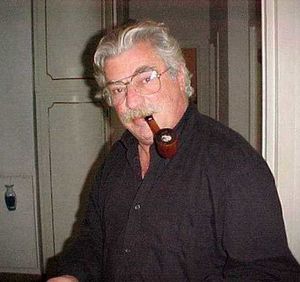 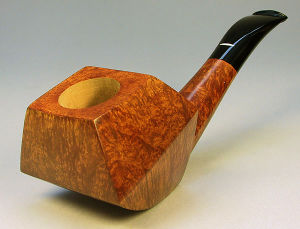 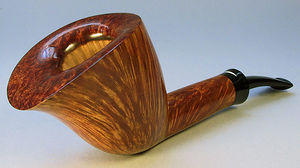 Baldo, being an artist at heart, enjoys many of what he calls "the passions of life". He lives his life making pipes, going to concerts of all kinds, taking care of his beloved camellias and photographing them, cooking, sipping on a vintage wine or champagne, and of course smoking strong tobaccos in his pipes.

Baldo is a confirmed, passionate pipe smoker. He would sometimes make a pipe for himself; at other times, he falls in love with a finished pipe and decides to keep it, while in rare situations he finds a finished pipe not good enough to be sold and so he adds it to his private collection. He now has a collection of about 150 pipes accumulated over a period of 35 years. While most his pipes are Baldi's, there are a few odd brands from his early days as a smoker as well as rare pieces given to him as a gift by his fellow pipe makers.

Baldo smokes his pipe(s) from the time he gets up (yes, even before breakfast) till right before going to bed. He smokes well over an ounce of tobacco a day. His favorite tobaccos are strong Virginia flakes, with and without Perique. These include St. Bruno, Park Lane No. 7, Escudo, Gawith Full Virginia and Flake No. 7. He usually smokes a blend he makes of 50% St. Bruno and 50% Park Lane No. 7. Courtesy TheItalianPipe.com

Baldo Baldi wakes up at 5:30 every morning, when the faint lights of the sunrise linger on the sea of Quarto, Genova. He makes his coffee, looks after the several vases of camelias on his terrace, then he lights carefully the first of six-seven daily pipes, smoking a mixture of St. Bruno Flake and Park Lane n° 7. Just the time to focus the night intuitions, then he leaves for working! Baldo is used to spend whole days in his workshop in via del Chiapparo, typical Genoese “croesa”, at a few hundreds steps from his house. It is a microcosm that evokes a XVsec Bottega atmosphere, where in an authentical kaleidoscope of tools, blocks of briar, colours and sawdust, nothing could be done quickly: every pipe takes his time to come out.

Baldo does not make more than 150 pipes per year; he is aware to conceive and realize pipes for smoking and collectible, famous all around the world, for the original shapes, quality of materials and maniacal care of details.

Love for pipes begun far in 1966 when he started making some few pipes for friends. During 70’s he decided to stop working as Architect (as he studied for) and he devoted his whole life to pipemaking. Since that time he has never stopped to amaze enthusiasts and collectors.

Baldo’s pipe are made with Ligurian briar, from Badalucco and Arma di Taggia and it has been seasoned for 20-25 years in his workshop. He spends hours trying to find the best shape for each block of briar, working the pipe as a real sculpture, with asymmetric volumes, sometimes with a cubist inspiration. Baldo has also created a special series of pipes dedicated to some of his most love architects, artists or movement: Antony Gaudì, Salvador Dalì, Giacomo Balla, or Cubism, Baroque... He only uses files, rasps and sandpaper to make his pipes. In his workshop you cannot find other electric tools if not a drilling and a polishing machine. Mouthpieces are hand made with lucite; sometimes he uses cultivated amber. Only few pipes are mounted with 18K Gold or Steling Silver bands.

The price range of Baldo Baldi pipes is from Euros 500.00 up to Euros 4,000.00, everything stamped with the new grading system, recently introduced.

An excellent selection of Baldi pipes is available at Pipedia Underwriter, lepipe.it