Jean-Claude Hillen (other sources: Jean-Paul) founded a trading company in the City of Bree in 1846. He soon turned his main interest on pipes and other tobacco related goods. 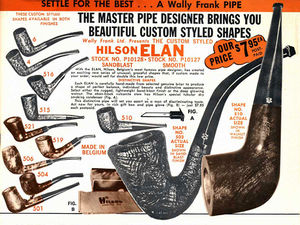 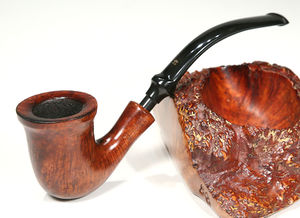 Particularly in the 1960's and still throughout the 1970's the brand Hilson of Broers Hillen B.V. (Hillen Bros. Co.) was quite successful in many European countries. They produced large numbers of machine made pipes covering the whole range of shapes and finishes. The pipes were well respected for good quality and craftsmenship at very moderate prices.

Rarely seen there are also nice freehands from this era stamped MASTRO and signed by A.M. Sanoul, who is otherwise completely unknown as a pipemaker.

All the same, in 1980 Hillen faced major financial problems. At this time there was only a second manufacturer of briars pipes in the Benelux countries, the Elbert Gubbels & Zonen B.V. in the Netherlands. The Belgian competitor being in trouble, Gubbels used the favour of the hour and bought up the company. The reason is plausible: in some countries, particularly in Germany, Hilson held larger market shares than Gubbels' mainstay brand Big Ben.

The Hillen plant in Bree was closed down shortly after and ever since then Hilson pipes are manufactured in Roermond, NL.