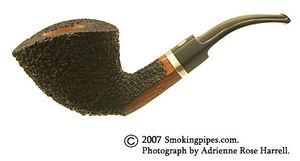 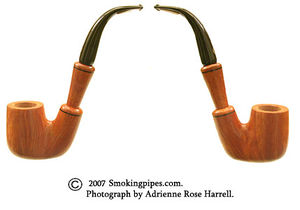 Mastro de Paja was founded in 1972 in Pesaro, Italy, the great center of North Italian pipe making. On the Adriatic sea, almost exactly between Rome and Venice, Pesaro has grown to be one of the centers of pipemaking in Italy, boasting pipe producers such as Ser Jacapo, Castello, Il Ceppo and L'Anatra.

The history of Mastro de Paja really begins in 1985 with the arrival of Alberto Montini as the factory manager. Mastro de Paja had been created by Terenzio Cecchini and friends of his, all of whom were successful businessmen. Being pipe smokers, they wanted to build a new brand of high-quality pipes. The famed Giancarlo Guidi, now maker of Ser Jacapo pipes, was involved in the company from 1970 to 1982 also. In 1982 Guidi left to make Ser Jacapo pipes. None of them had considerable experience in the pipe industry, except Guidi, who had left in 1982. All worked well, in spite of Guidi's departure, until the decline in demand for pipes in Italy during the early 1980s. 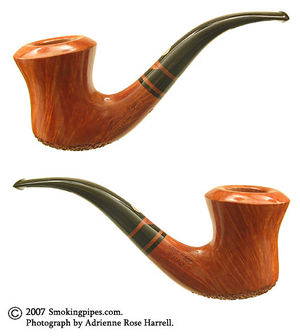 At this point, Cecchini sought out a new manager for the factory to turn it around. His answer to the problem was Alberto Montini (for whom the line of seconds, Montini pipes, is named). He refocused the company overseas and implemented closer quality control by reducing output and focusing more closely on quality rather than quantity. 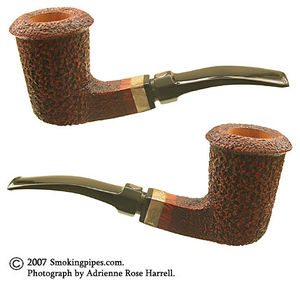 Following a few years of success, Cecchini disappeared. No one knew where he was and he never showed up again. After considerable wrangling with his heirs, Alberto Montini secured complete ownership of Mastro de Paja.

The key to Mastro de Paja is the family feeling that pervades the factory. Montini's wife, Cinzia, works on the workshop floor (mostly sanding and finishing the pipes) and various cousins and uncles do most of the actual carving. Mario Pascucci and Vittorio del Vecchio are the most senior carvers and are both extremely close to the Montini family. Most of the rest of the factory is somehow related to one of these four principle characters.

Mastro de Paja pipes truly exhibit their Pesaro heritage, but tend to err on the side of classical more than some of the other brands made in the city, but the neoclassical flair for which the Pesaro school is known is certainly pronounced. They're partial rusticated or 'Unica' finish is particularly distinctive and has become somewhat of a trademark finish for the brand in the United States. Regardless, Mastro de Paja manages to produce excellent Italian pipes at reasonable prices.