John Calich was one of Canada's finest carvers. He died in July 2008. 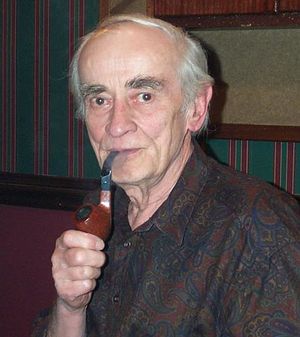 John was a full time pipe maker for the last 40 years. Calich pipes were mostly traditional shapes. His signature style is rustication and smooth on the same pipe along with his unique skill to stain a pipe in contrasting colors. He used only top quality Grecian and Calabrian briar. The mouthpieces are hand finished Vulcanite "A". Each pipe was entirely made by hand. John Calich was featured in the summer 2005 issue of Pipes & Tobacco.