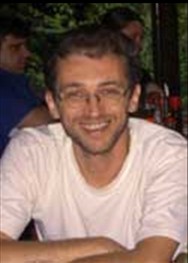 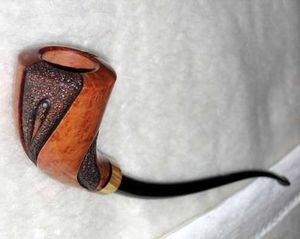 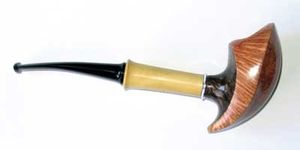 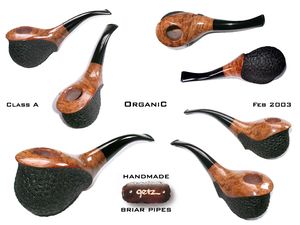 Georgi Todorov about himself and his pipes:

I will start with a question that appears to be very common: Why I am making pipes? Many people have asked me this, and here the answer goes: pipe making is what focuses best all the skills, knowledge, understanding about art and creativity in one for me - the pipes.

My goal is to make unique pipes at affordable prices, though the pipe smokers are humans too. During the years of pipe making I have passed through many difficult situations, since we have no tradition of pipe smoking here in Bulgaria, and my hope is to be able to make better pipes as long as possible in the future too.

From my years of pipe making experience I have developed some design lines of pipes. Each line carries curtain characteristics, but the thing that unites them all is the high level of craftsmanship and piece of my soul in every pipe you will see! Enjoy it!

As I recall, I created and made things since I was 8 or 9 years old - first it was different wooden toys for me and my friends, then some more difficult toys and models with motors or remote control etc. This led to the next logical step - it became a studying process in my College of arts and design in Kazanluk, where I was able to improve my skills and learn and develop it to a higher level. This education helped me to become a student of industrial design in the National Academy of Arts in Sofia, Bulgaria five years later. During my studying there I had the chance to learn more and become a highly skilled silversmith - a good friend of mine taught me the secrets and beauty of this craft. Some of my early jewels can be seen on my "design work" page. During that time I met my future wife - she was a student of architecture in Sofia as well. Both being from the same town, being even neighbors before, it was our first meeting in 10 years... Being skilled and a handy, loving man, I was helped her as I could - we worked together making most of her models of buildings for her projects as a student. We still work together in that field, and that is where my "architecture" page comes from.

In 1995 I successfully graduated The Academy and my future was just a step away... 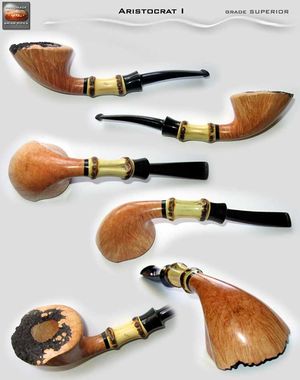 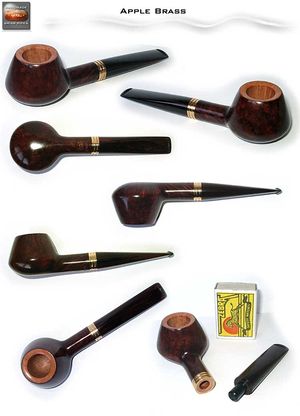 Within the next few years I did various things, including getting married, working in some advertising agencies as a graphic designer /DDB Needham for Bulgaria, SWING comm./, getting more familiar with my computer and some CAD software, working in tourism business in Prague /I've improved my English well since then/, etc.

My pipe adventure started in the late 80's when, together with a room mate, we bought our first pipes. It was a cheep 1/2 Bent Czech factory made pipe, the only thing we could find on the market. Guess what kind of tobacco we smoked then - nothing to do with the tobacco I smoke today...

The funny thing is that the idea of starting to make pipes came from the same country - during our four years' stay in the Czech republic, I'd decided to start making pipes for a living. Since the end of 1999 I regard myself as a pipe maker first and everything else second... To date I've never regreted my decision, no matter how difficult it is to be a full time pipe maker, especially here in Bulgaria, or what my wife says when we run short of money.