Johann Slabbert passed away on 22nd May 2016. He unfortunately hasn't made any pipes since the death of his friend and fellow pipe maker Leon du Preez. The death had a major impact on Johann's life and since that day he never touched his pipe making tools again. He passed the tools on to his grandson Wesley Slabbert who will hopefully carry on with the great tradition his grandfather started. 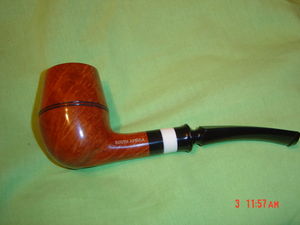 I am Johan Slabbert from Goodwood, a suburb of the Cape Peninsula, South Africa.

I am a self trained pipe maker and a wood lover. Since my retirement in 1992, I kept myself busy with woodcarving, sculpturing, wood turning and restoring/renovating antique furniture. I also collect antique carpenters' tools and other memorabilia. 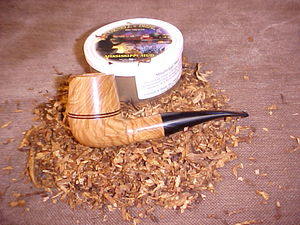 During October 2000, while pondering what else I could do, I took one of my old collectors' pipes and after 30 years I lit up a pipe again. While smoking, the idea came to me to try pipe making. Well, you are seeing the results now.

No Briar was available and I used our local obtainable wood like Wild Olive, Leadwood, Mopane, Black Hookthorn and African Black wood, which turned out to be very good smokers and popular among the local pipe smokers. I have since obtained some Briar, which I cherish.

My pipes are specially engraved with my logo "JOBERT", an abreviation of my first and last names.

Since I started creating pipes, I made a lot of pipe smoking friends on the Internet. I am also a member of the "Stuttgarter Pfeifen Freunde-79", the "Buenos Aires Pipa Club" and the "Confraria Do Cachimbo" of Brazil.