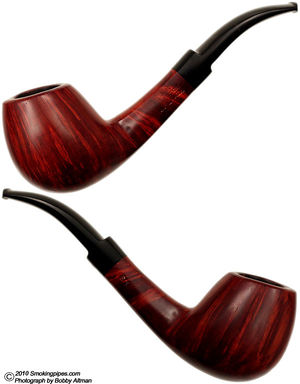 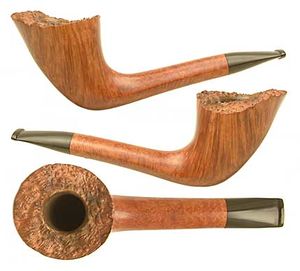 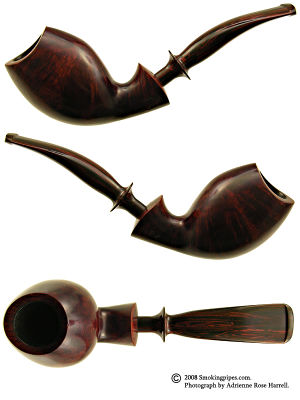 John Hamilton McGrath (1949-2016) was a Canadian pipe maker (stamp: JHM), based out of Vancouver, BC, who previously studied Industrial Design, at the University of Ottawa, and worked professionally as a graphic designer and art director for several advertising agencies, throughout his career.

As a cyclist, John was seriously injured in a car accident in the mid-90s, which left him unable to work for some time. After a lengthy recovery, and instead of returning to a career in advertising, John decided to combine his artistic talents with his love of a good smoke from a briar pipe; and pursued a career as a self-taught artisan pipe maker.

With his artistic eye, attention to detail, and a lot of time spent making connections through online discussion boards about pipes and tobacco (back in the days of dial-up), John very quickly picked up strong techniques drilling, carving, shaping, staining, and finishing briar pipes.

John’s career as a pipe maker was brief, only lasting from the late 90s to the early/mid 2000s. In this short period he made many gorgeously carved tobacco pipes, perfecting classic shapes, while also delivering original, one of a kind designs. John’s later work began to incorporate stems with decorative inlays, using materials such as contrasting stained briar and mammoth tusk. In addition to pipe making, John also produced and sold some originally designed tampers; and was a onetime contributing artist for an illustrated cover of Pipes and Tobaccos Magazine.

As hard as John worked, on his pipe making and distribution, the incoming profits just could not keep up with his responsibilities, and the costs associated with being a single parent of twins. John packed up his drill and tools, and went back to working for the man. While John would have loved to return to the world of pipe making, his timing coincided with the economic recession; and as such, this was not in the cards for him.

Note: Apparently Mr. McGrath had some unfortunate dealings with at least one fellow pipeman. An account of that has been moved to the Discussion section, available by clicking the tab at the top. If you were the contributor, please contact me at sethile.pipes@gmail.com, and we can discuss how best to document it here. I was recently contacted by one of John's children who understandably found your account disturbing. Scott Thile: sethile,