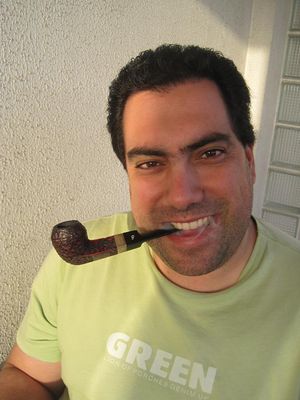 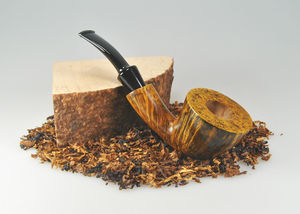 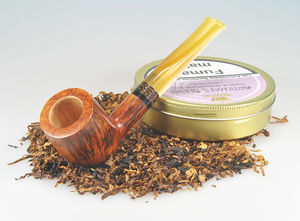 Bruno Robalo was born in Lisbon on the 29th December 1975.

﻿ His first contact with a pipe was at the tender age of 10 when exploring his father's cabinet looking for some hidden treasure. Bruno says there are not many things he remember from his childhood but one of them was that marvelous scent coming from that gorgeous piece of wood…which he never forgot.

﻿ Bruno says one of his hobbies are gaming cards and until some years ago he usually spent every saturday afternoon in gaming stores hanging out with friends, drinking some beers and playing some games. The owner of one of those gaming stores was an avid smoking pipe collector and smoker. He normally had around 40 pipes stored in bags behind the counter which he smoked almost non stop. That scent reminded Bruno of his childhood and the day he discovered that gorgeous piece of wood in one of his explorations. One day Bruno asked his friend to explain to him a bit more about pipe smoking and on that day Bruno's passion exploded… 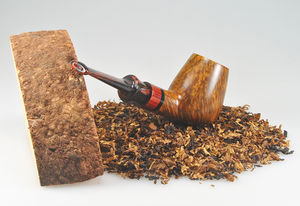 Bruno says he remembers he would use evey spare time he had to go to the gaming store and learn more about this fabulous world. He learned about tobacco, briar, shapes, accessories and artisans. His friend would bring him boxes full of dozens of pipes, some still unsmoked, so he could admire the shapes and the grain. His friend told Bruno he had a collection of around 1000 pipes and Bruno remembers the brightness in his eyes when his friend told him he once had negotiated a couple of pipes with Baldo Baldi and left that encounter with more than € 2000 less in his pocket but with two masterpieces…

﻿ That time Bruno was already searching the net for every information about pipe smoking and pipe making.

Bruno found out about the Portuguese Pipe Club and decided to contact them. He got an answer from another pipe maker in the making which was part of the PPC direction, João Madaíl. Bruno remembers João came to visit him and took some briar blocks and two of his fist pipes. Bruno was amazed…​ 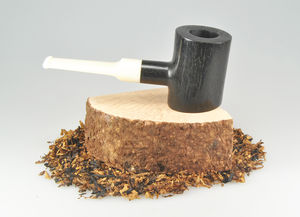 PPC and João Madaíl were very important in developing Bruno's pipe making passion. He remembers going to the PPC monthly dinners with his big friend and also pipe maker Paulo Santos. In those dinners they met the great portuguese artisan António Monteiro and also Joao Reis. Joao Reis became a very good friend and is like a mentor to Bruno. Bruno says he learned a lot from him. Although he his one of the greatest artisans in the world Joao Reis is also a great guy, always ready to answer questions and give precious advice. Bruno knows he am very lucky to have know these persons and they, along with his beautiful an supportive wife Sofia, helped him get here. ﻿

I know i have a long road ahead of me but i am very happy to be doing something that gives me so much joy, satisfaction and happiness. - Bruno Robalo.