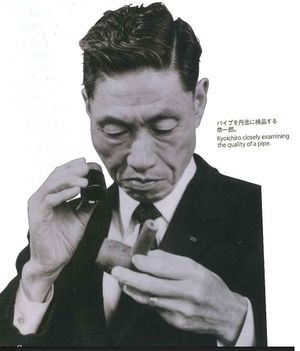 The History of Tsuge

Transcribed from scans of a Tsuge catalog, courtesy of Yo Uekusa, of Tsuge Pipe Co., via J. Rex Poggenpohl

1911 -- Kyoichiro's passion for making things was inherited from his parents

Kyoichiro Tsuge, the founder of Tsuge, was born on February 25th, 1911 in Kanazaqa, Ishikawa. His mother Kei was a descendant of the famous swordsmith Kanewaka of the Kaga Province, while his father Tomosaburo was from the samurai family of Tsuge in Kaga. The Tsuges served as the chief retainer of the Daimyo Kaga-Maeda family. Kyoichiro's lifetime passion for making things was inherited from his parents.

In 1923, when the Tsuge family lived in Korea, Kyoichiro lost his mother and also his father one year later. Orphaned at the age of 13 and brought back to Tokyo by his relative, he started a life in apprenticeship under a master of ivory pipe making (cigarette holders were also called pipes at the time). 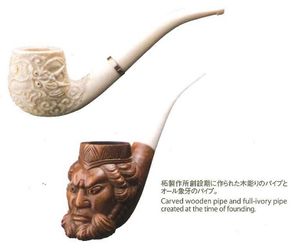 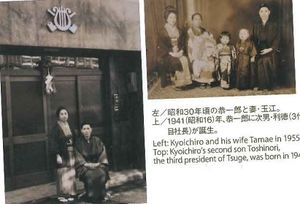 1936 -- Kyoichiro Opened His Workshop after the Harsh Apprenticeship

Kyoichiro finally opened his own workshop, Tsuge Pipe Company Limited in 1936 after his harsh apprenticeship, and married his wife Tamae in the same year. However, shortly after Kyoichiro started his business, World War II broke out, and he was sent to the war. At the request of the government, his factory manufactured wooden gun stocks utilizing the production equipment. 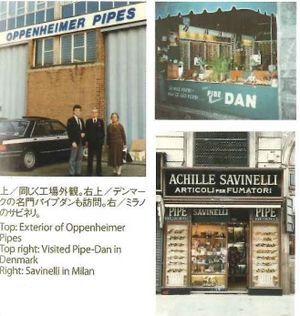 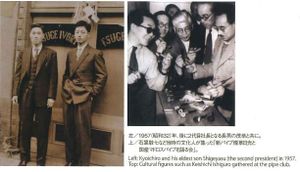 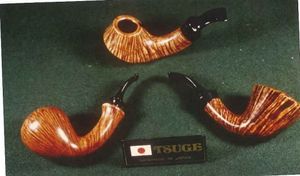 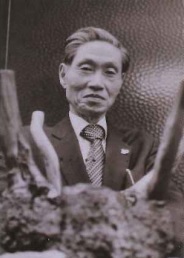 Kyoichiro attempted to restart the cigarette holder business when the war ended in 1945. As ivory, which was under control of GHQ, was almost unobtainable then, he procured cherry wood in Tohoku as an alternative. When he started manufacturing cigarette holders, pipes were starting to sell in large amount thanks to the release of pipe tobacco by the U.S. army and the media report of General Douglas MacArthur landing at Atsugi Airport with a corn cob pipe in his mouth.


In response to the boom of pipes, TSUGE had to put increasing efforts into making pipes rather than cigarette holders. The company hired craftsmen who previously made umbrella handles and started mass producing billiard and bent billiard pipes using cherry wood to meet the rapidly growing market demand. The company became one of the most cutting edge companies in Japan, having 120 craftsmen employeed at its peak. 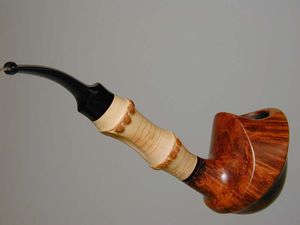 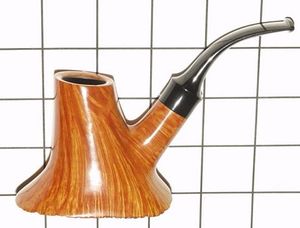 When imported briar became available in the 1950's, TSUGE started making briar pipes. Kyoichiro requested an ivory carver to engrave traditional Japanese motifs such as Mt. Fuji, three monkeys, Toshogu, and Geisha on pipe bowls. The pipes were sold to the U.S. soldiers as souvenirs at the Imperial Hotel, Yokohama officers club, and at the shops of the PX and USO. In the 1960's the demand of pipes for soldiers increased due to the aggravation of the Vietnam War and a large amount of cherry wood pipes made in Japan were exported to Saigon.

1970 --Excellent Craftsmanship Acclaimed by the World

In the 1970's the company lost its share to the emerging Asian countries in the severe price competition resulting from the sharp hike in the yen. In order to make competitive high value-added pipes, the company sent six craftsmen to pipe workshops in Italy and Denmark to acquire advanced skills of pipe-making from Europe. Two craftsmen, Fukado and Sato, studied under the great masters Sixten Ivarsson and Jørgen Larsen to touch the essence of freehand pipe making.
Upon returning to Japan, they immediately started working on freehand pipes. At first, the pipes were exported to the U.S. and earned a good reputation. Then, Tsuge received an offer from Germany that led to success in Europe. When freehand pipes and series pipes started to be sold at famous smoking goods shops in Germany and Switzerland, people said, "Japan has sent us cars and motorcycles, and now pipes, too!"