From Pipedia
(Redirected from Wilke Briars)
Jump to: navigation, search

Edwin Wilke founded Wilke Tobacco in 1872. As the story goes, according to a 1937 New York World-Telegram article, he had no sons, and so he taught his two daughters, Anna and Louisa Wilke, how to make pipes and blend tobacco, and by his death in 1930 they were well versed in both trades, and adamant about only using quality briar. In 1950, when they were the focus of an article in the Sarasota Herald-Tribune, they were the only women pipe makers in the United States, and had sold pipes to Herbert hoover, Lord Halifax, John Steinbeck and others. The sisters also blended pipe tobacco and repaired pipes. They did not, however, smoke pipes. 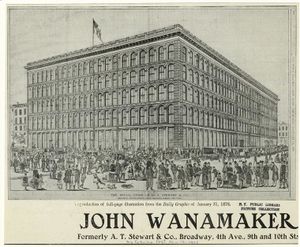 The Wilke Pipe Shop was located for decades on Madison Avenue in New York City, and in the 1970s opened a satellite store in the famed Wanamaker's department store in Philadelphia, selling Wilke pipes made by Steven Johnson. In 1983, the brand was purchased by pipe maker Elliott Nachwalter and his wife, Carole Burns. They continued to operate the Madison Avenue store until the early 1990's, at which point the couple moved to Vermont and Pipeworks & Wilke was born as a mail-order business.

Even after the marriage of Burns and Nachwalter, the business continued, with Nachwalter selling pipes in Manchester, New Hampshire, and Burns blending tobacco in Montpelier, Vermont. Burns continues to keep the 125 year old brand alive at http://www.vtpipes.com/.

As of July 1 2017 Wilke Tobacco was passed on to John Brandt of Fall River Ma. Where the Wilke blends will continue to be blended by hand to discerning custumers all over the world www.wilkepipetobacco.com