Ercole Bogni started out working for some of the most famous Italian pipe makers in northern Italy, and in 1963 he started making his own pipes. Due to the quality of his work, especially the semi-rusticated and smooth naturals, his skills as a rusticator and carver is still in high demand by other well-known pipemakers. Because Ercole works for those companies in the Gavirate region, the amount of time he dedicates to making his own pipes is not much, and as a result, the production of Ercole Bogni pipes is limited. All Ercole Bogni pipes are made entirely by hand out of the best available briar. Ercole is also one of the few makers who regularly makes the mouthpieces for his pipes out of different materials.

From The Italian Pipe 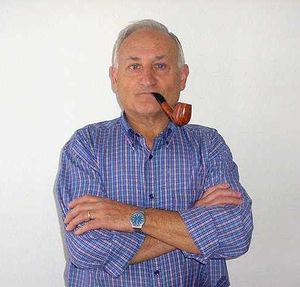 Ercoli Bogni, from The Italian Pipe 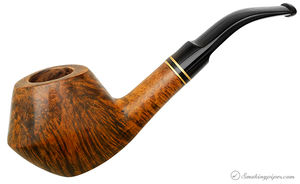 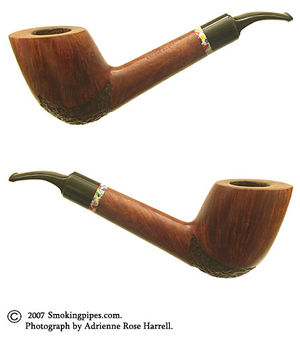 In 1963, and after having worked with pipe makers in the region for several years, Ercole Bogni started making his own pipes under his own name. At that time he started his love for a particular pipe finish that was much in demand in those days (and still is): The rusticated/carved finish. This particular finish requires not only a lot of patience and love for the craft but also a great deal of talent and precision. Due to the great job he does with this difficult finish, most of the pipe makers in the area, including some of the most well-known names in the world today, continue to resort to Ercole for the rustication of their pipes, or at least, the ones that reserve being handles with the hands of a true specialist. For this reason, the fact that Ercole works as a rusticator/carver for those companies, the amount of time he dedicates to making his own pipes is not much, and as a results, the production of Ercole Bogni pipes is limited.

Another important and rare aspect of the pipes made by Ercole Bogni is that they're not all made of briar. Ercole has always been in love with olive wood, and he has never stopped making some of the world's best olive wood pipes. He uses only Calabrian olive wood which is known to be extra strong and yet has a very pronounced and uniform grain.

Ercole is also one of few makers who regularly makes the mouthpieces for his pipe out of different materials, mainly vulcanite, acrylic and cumberland.

An excellent selection of Bogni pipes is available at Pipedia Underwriter, lepipe.it