Although the scarcity of fine briar has always necessitated the pricing of Dunhill according to the amount of root employed in their manufacture, it is important to remember that, irrespective of size and price, they are of one quality only – the finest. The bowls are sorted into 6 groups. 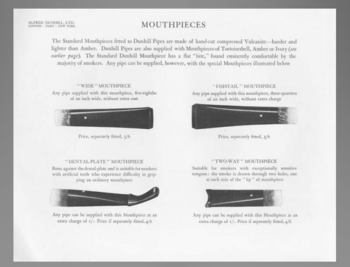