Not many have heard of Benni Jørgensen although his pipes are smoked and praised all over the world. Benni has, for the past 25 years, made some of the finest “Straight Grain” pipes for W.Ø. Larsen – a pipe with very high demands in quality and design – all defined by the skilled hands of Benni. 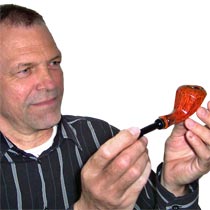 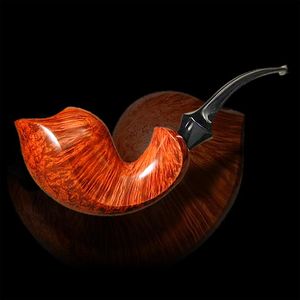 Benni is now also working under his own name out of his own workshop delivering pipes with a great value for the price.

A piece of pipe history 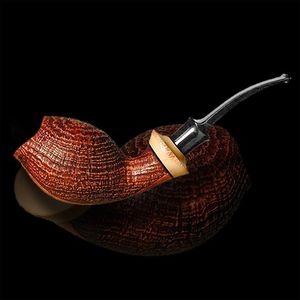 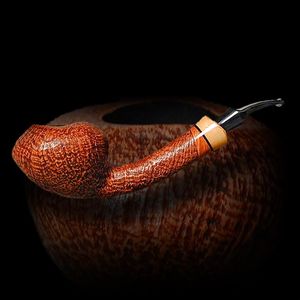 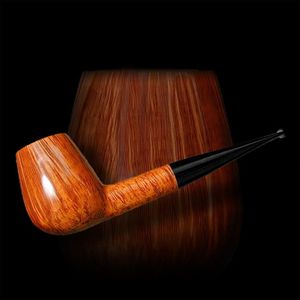 The beautiful pipes of W.Ø Larsen became the start of my career as a pipemaker.

My name is Benni Jørgensen. I was originally trained to be a joiner, but the interest for pipes has become the passion of my life after one day in 1980 when I visited the showroom of W.Ø. Larsen on Amager Torv in Copenhagen. I have worked for W.Ø.Larsen since then making straight grain pipes. My good and educational collaboration with Ole and Inge W.Ø.Larsen has developed my skills for the production of the world's finest handmade pipes. In the beginning, it was natural for me that my pipes had to be adjusted to meet the high demands and quality specifications of the design of W.Ø. Larsen pipes, in order to reach the international acclaim associated with W.Ø. Larsen pipes. As the years went by it felt just as natural when it became my design and quality that would characterize the pipes of W.Ø.Larsen.

Working on his own

I am still working with the production of high quality pipes in my own workshop in the beautiful countryside in the southern part of Zealand, Denmark, but it is now under my own name Bennipipes.

Likely a lot of people have smoked pipes made by Benni Jørgensen without even knowing it! For 20 years he made pipes for W.Ø.Larsen. All pipes sold at Larsen's were stamped with the shop's name, so customers never knew who made a specific pipe.

Benni Jørgensen was born in 1955. He originally worked as a carpenter, but hurt his back in an accident in 1980. His doctors advised him not to go back to building houses. His boss had an interest in pipes and showed Benni a pipe he had made. Bennis took an interest in pipe making too, at that point, and together they invested in the machines needed to make pipes.

Benni lives in the south of Aealand, where Teddy Knudsen also had his workshop. Benni visited Teddy's workshop and was allowed to buy briar from him. Teddy also offered Benni advice and enouraged him to apply for a position at W.Ø. Larsen. Larsen no longer had a workshop, but hired pipemakers to make their pipes on their own. Benni was accepted, but made pipes under Teddy at first.

That was the start of a 20 year run making pipes for W.Ø. Larsen. The problem with that is during all of that time he was not building his own brand, but that was not a problem for Benni until February of 2005 when W.Ø. Larsen closed for good. Thankfully, while Benni may have been realitively unknown to pipe smokers, the tight nit group of people in the trade new him as a skilful pipemaker. As a result, Benni had no problems in finding dealers to carry his pipes.

In early 2000, Benni built a house in the small village of Praseto in the south of Zealand that included a separate workshop. The grounds include a pond with carp, and a nice garden, which provide a wonderful backdrop in which to work and live.

Benni has a goal of a making pipe per day, but is seldom able to achieve that goal. He averages about 200 pipes a year, with the majority going to China. He made good business contacts in China while visiting there in 2008. Some pipes are also sold in Denmark, Italy, and the U.S.

Benni makes a lot of sandblasted pipes, which are also in great demand. He has his own sandblaster and uses a very fine media to blast, which means it takes a while to acheive the results he is looking for.

Benni's pipes are stamped Benni, and Handmade, and Made in Denmark. The smooth pipes are graded 1, 2, and 3, (with 3 being the highest grade). The blasts are 1 and 2. The very best pipes in each finished are stamped with a swan. Smooth pipes usually have an ebonite stem, and the blasts usually have an acrylic stem, but Benni is willing to adjust to what the customer wants, to sometimes include cumberland, as well as both synthetic and genuine amber.