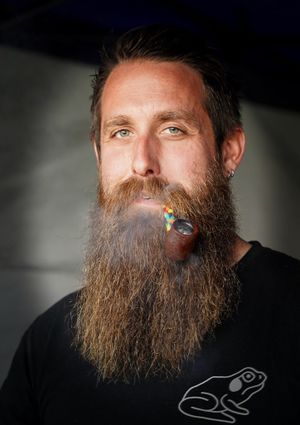 Bullfrog Pipes are made by Jeremiah Mierke in Melbourne Australia. He started making pipes aroundt 2010, just one or two for himself and some friends at first. He'd made a couple a year until the end of 2017.

At the end of 2017 Jeremiah made a new pipe for himself. A friend saw it and requested one like it, and eventually convinced Jeremiah to make a few to sell. Things pretty much took off from there in 2018. He was trying to make a pipe ever week of two, and by the end of the year he had made 35 pipes.

Jeremiah has become known for a Devil Anse style pipe with a bowl shaped to look like the Gumnut found on the eucalyptus trees in Australia. That has become one of his signature shapes.