Alessandro Corsellini, a third generation pipe maker and smoker, started his pipe smoking career at the age of 17. Later, and in 1965, he founded Italy's first and oldest pipe club, "Club della Pipa" (Club of the Pipe), and a year later, he resumed his family's pipe smoking tradition. 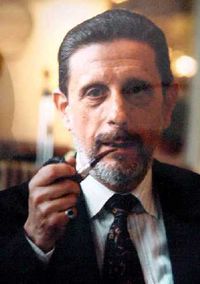 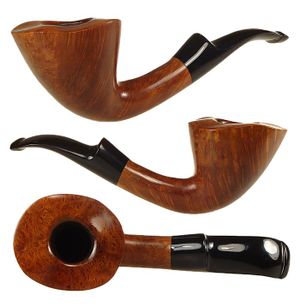 As a smoker, Alessandro is very well known not only in Italy, but also in Europe and in the world at large for his many achievement and world records in pipe smoking contests. He took part in his first pipe smoking contest in 1967, and in 1969 and 1972 he came out the winner of the European Championship. In in fact, in his first such event of 1969 he set an astounding world record, with a time of 3 hours, 3 minutes and 45 second; that was the first time someone managed to keep his three grams of tobacco lit and going beyond the 3-hour barrier. From 1972 to 1998, Alessandro won the Italian Championship 6 times, and his club team won it 12 times, from 1970 to 2000. His club team won the World Championship in 1985 (Paris), 1989 (Turin), 1997 (Budapest), and 1999 (Brno). 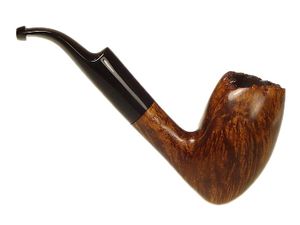 Alessandro's hobby of the heart remains pipe making and smoking. He has a wide collection of pipes, and he still prefers natural, English mixtures, with Latakia. Besides pipes, he collects antique pocket watches and motorcycles. He loves animals very much and seizes every possible opportunity to enjoy nature and its charm. Such activities are best enjoyed in the company of his wife, two children and his grandson. Courtesy, TheItalianPipe.com

Corsellini started with Alessandro's grandfather, Arturo Corsellini, who worked for another Florentine artisan until creating his own brand and company in 1880, which he ran until 1913. He was succeeded by Ugo Corsellini, who after a three year apprecticeship was head of the firm from 1913 until 1966.

Alessandro grew up among pipes and blocks of briar, and since 1961, he has had worked full time at pipe making. For years he owned one of the best pipe shops in Florence, newar the Plazza Duomo.

Today Corsellini produces 200 pipes a year in a small workshop, working mostly alone. He uses briar from Calabria, and produces classic pipes. He also loves freehands, and his stems are hand cut from acrylic.

Pipes are stamped Corsellini and 1880 (the year the company was founded), AC (his initials), the year o production, and grading, in decending order, A, B, and C.