"John Crouch Tobacconist embodies the essence of Virginia. After all, tobacco is Virginia’s oldest industry. 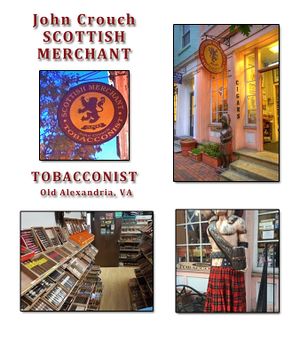 Years ago, tobacco was believed to have medical properties and a tobacconist was consulted in much of the same way that a pharmacist is today. In those days, a tobacconist would create a blend of tobacco products to ease an ailment.

John Crouch Tobacconist has been home to the Washington areas’ nicest and largest humidor for over 30 years."

Apparently they also have pipes made for them under their name.